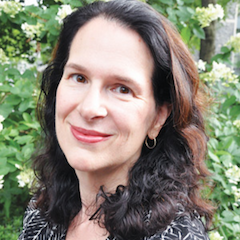 About The Watchdog Still Barks
Perhaps no other function of a free press is as important as the watchdog role—its ability to monitor the work of the government. It is easier for politicians to get away with abusing power, wasting public funds, and making poor decisions if the press is not shining its light with what is termed “accountability reporting.” This need has become especially clear in recent months, as the American press has come under virulent direct attack for carrying out its watchdog duties.

About the Author
Beth Knobel, professor of journalism in the Communication and Media Studies department at Fordham University, had a 20-year long career as a journalist before joining Fordham in 2007. She brings experience in all major areas of journalism—newspapers, magazines, television, radio and Internet–to her classes. From 1999 to 2006, she was the Moscow Bureau Chief for CBS News. In nine years at CBS, she worked as both an on-air correspondent as well as a producer. She is a recipient of an Emmy award for coverage of the 2002 Moscow theater siege, and Edward R. Murrow and Sigma Delta Chi awards for coverage of the 2004 Beslan school siege. She still works as a freelance producer for CBS News. Dr. Knobel spent 14 years total living in Moscow, where she worked for The Los Angeles Times, the television news agency Worldwide Television News, and the production company Feature Story before joining CBS News. Earlier in her career, she worked for The New York Times and Ladies‘ Home Journal magazine, and during her student days edited The Columbia Daily Spectator and Governance: The Harvard Journal of Public Policy. Dr. Knobel received masters and doctoral degrees in public policy from Harvard University, and her bachelors in political science from Barnard College, Columbia University.