Free Expression, Harmful Speech and Censorship in a Digital World 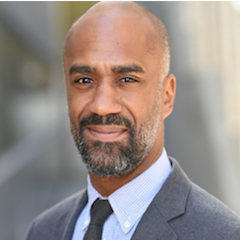 Professor Olivier Sylvain contributed to a report put out by the Knight Foundation and Gallup that explores how free expression and harmful speech and the challenges each bring in social media and the digital world. Professor Sylvain wrote a piece of the report called “Solve the Underlying Problem: Treat Social Media as Ad-Driven Companies, Not Speech Platforms.”

"Most Americans did not need the White House’s recent Executive Order, a deeply flawed stunt, to learn that users have grown conflicted about social media. The Gallup/Knight survey results indicate that, while users believe that online platforms are important “places of open expression,” they also are warier than ever about the ways those companies distribute misleading health policy information, disinformation about elections, bigoted trolling and other harmful content.

Social media companies have been responsive to these concerns. Twitter and Facebook, for example, recently announced new user tools to control the ways in which trolls and bigots slide into online “conversations” and user-generated groups. And they have used their constitutionally protected editorial prerogative to flag lawful user content that it finds hateful or dangerously misleading, including the posts of a politically craven President. The most far-reaching reform, however, is Facebook’s recent launch of its highly anticipated Oversight Board, which the company created to help guide content moderation decision-making on controversial issues. The board’s decisions about the company’s takedown efforts will be final, apparently.

Policymakers would have an array of lawful regulatory tools available to them if they recognized social media for what they are: ad-driven companies. They might, as in Europe, for example, impose restrictions on how intermediaries may market or leverage user data with advertisers. Or they might empower users themselves to limit certain commercial uses of their personal data. These noncontent-based reforms would create healthy friction in the ad-based business model, which would also have the salutary effect of de-emphasizing provocative content."

Read about Free Expression, Harmful Speech and Censorship in a Digital World