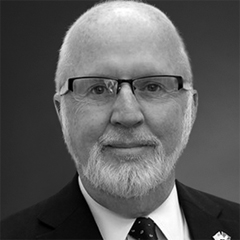 Gerard A. Byrne is PMC’s vice chairman, guiding business initiatives across PMC’s entire portfolio of media brands. His decades of accomplishments as a media executive, entrepreneur, and community leader are highlighted by a longtime run as publisher of Variety, where he dramatically transformed that business into a powerful, diversified, global media brand. In addition, he was the first publisher of both Electronic Media and Crain’s New York Business. Byrne also led a division of Nielsen that included The Hollywood Reporter, Billboard, and ADWeek.

A staunch believer in “participation,” he is on the boards of numerous nonprofits, including Fisher House, the Intrepid Museum, VeteransAdvantage, the Veterans Healing Initiative, the Bob Woodruff Foundation, the Fisher Center for Alzheimer’s Research Foundation, the Creative Coalition, the Reisenbach Foundation (chairman), the Armory Foundation, and the New York City Police Museum. Byrne was awarded the Salah M. Hassanein Humanitarian Award, New York’s Elaine Kaufman Cultural Center’s 2002 Distinguished Service Award, and the NYPD Marine Corps Association 2002 Semper Fi Award for his work in the community. In June 2009, New York City Mayor Michael Bloomberg presented Byrne with the “Made in New York” Award for his support of the city’s entertainment and media industries.

A 1966 graduate of Fordham College, Byrne served as a Marine officer in Vietnam from 1968 to 1969 and was awarded the Navy Achievement Medal with Combat V.