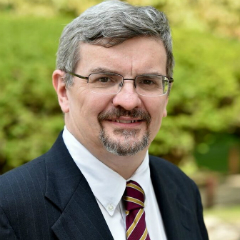 Dr. Horell is by vocation and education a religious educator. His primary vocation is to be a husband and father. He and his wife Barbara Jean have been married for over 30 years and have three grown children.