A Poor Church for the Poor

The Community of Sant’Egidio and the Radical Ministry of Pope Francis:
An Evening with Marco Impagliazzo, President of Sant’Egidio 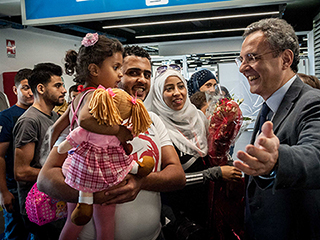 The Community of Sant’Egidio is one of the most remarkable, and lesser-known, examples of faith in action in the Catholic Church today. The identity of the Community of Sant'Egidio is guided by what Pope Francis has called the three P's: Prayer, Peace, and the Poor.

Since 1968, the Community has offered a powerful witness of lay people living out their faith through programs that, for example, provide material and emotional support for the elderly, the homeless, and those suffering from HIV/AIDS.

Sant’Egidio has also worked closely with Pope Francis on a number of projects, such as resettling refugees, developing the Humanitarian Corridors program that has settled over 2,500 refugees in Italy, and operating the Pope’s recently opened home for the homeless.

Sant'Egidio has also been an effective protagonist for global peacemaking, most recently helping to broker an end to hostilities in the brutal and long-running South Sudan conflict.

The Community has been nominated for a Nobel Prize for Peace.

Sant’Egidio’s president, Marco Impagliazzo, will be in New York for meetings at the United Nations and he will speak with Fordham’s community about Sant’Egidio’s mission in today’s world, how they are working to assist the Pope, and how faith can make a difference.

Register for A Poor Church for the Poor

Hors d'oeuvres and light refreshments will be served.

The Future of Conservatism: From Edmund Burke to Donald Trump to ... What’s Next? 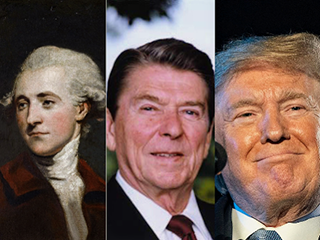 The debate is intense. The stakes are high. The future is unclear.

Prominent young conservatives will discuss how conservatism came to this pass, whether it’s a good or bad development, and where conservatism — and the GOP — are heading, regardless if Trump wins or loses in November.

Matt K. Lewis, senior columnist at The Daily Beast, CNN political commentator, and author (Too Dumb to Fail: How the GOP Went from the Party of Reagan to the Party of Trump)

April Ponnuru, veteran Republican staffer and strategist and senior advisor to the Conservative Reform Network. She has written widely and directed the publication of Room to Grow: Conservative Reforms for a Limited Government and a Thriving Middle Class.

Register for Conservatism After Trump 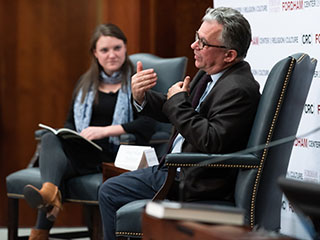 Registration for the event is closed.

These questions will be at the heart of a discussion with Austen Ivereigh, who will be at Fordham for the United States launch of his new biography, Wounded Shepherd: Pope Francis and His Struggle to Convert the Catholic Church