Are you ready to register?

So You Want to Sing Cabaret? 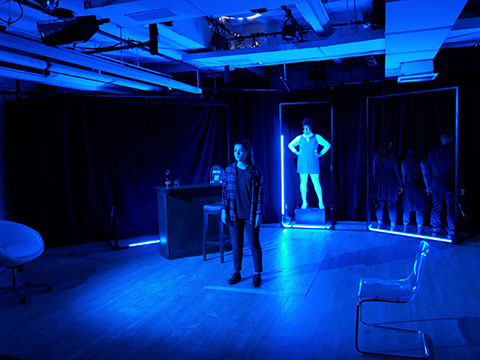 Newly developed for this special Summer Session, Cabaret Performance will prepare you for being the star of your own show in NY and any cabaret scene. Grounded in the history and business of cabaret, students will work one-on-one with master teacher in vocal technique, David Sabella, and accompanist, David Gaines, to craft their own multi-song performance. Get ready for venue doors to open now!

How are we going to do this?

Fordham will sponsor licenses for a software solution that all but eliminates latency. The hardware that students will need can be found here. Once you are registered, we will be more than happy to walk you through purchasing your kit. Technical support will be available a few days before class begins and throughout the semester. 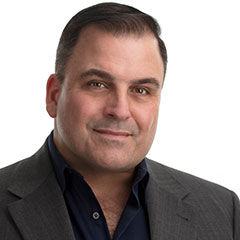 David Sabella is internationally recognized as a master teacher in music theater and contemporary commercial music voice techniques. He served as a two-term president of the New York Singing Teachers’ Association (NYSTA) and as an executive director of the Broadway Theatre Project. In addition to Fordham University, he has served on the music theater voice faculties at Montclair State University, NYU’s Tisch School of the Arts, CAP21 Studio, the New School-Mannes Precollege program, and SUNT at Purchase College, and New Paltz. Sabella has been a faculty member/workshop presenter at the Voice Foundation’s annual symposium and has conducted masterclasses, faculty training workshops, and music theater pedagogy seminars throughout the contiguous United States, Alaska, and South America. Sabella is a member of the National Association of Teachers of Singing (NATS). He presented his groundbreaking research study “Beyond Belt: Acoustics and Mechanics of the Contemporary Commercial Belt” at the 2012 NATS National Conference, which has since been cited in several other research studies and doctoral theses. He holds certification in NYSTA’s Professional Development Program, as a Distinguished Voice Professional, and is regarded as a Singing Voice Specialist, working in tandem with several New York otolaryngologists and speech-language pathologists who specialize in care of the professional voice.

Sabella is the author of “So You Want to Sing Cabaret,” (Rowman & Littlefield 2020) the first book of its kind, devoted to the art, craft and business of small venue vocal performance, a professional entry point for many young singers. He was also featured in “So You Want to Sing CCM,” (R&L 2018) as one of twelve international pedagogues to have put forth a modern vocal technique for teaching contemporary commercial music. Sabella is the owner and editor in chief of CabaretHotspot.com, an online magazine with its own educational resource (Cabaret University), and marketplace (Cabaret HotTrax), dedicated to cabaret and small venue performance.

As a performer, Sabella has enjoyed a long and varied career. In 1996 he originated the starring role of “Mary Sunshine” in the 1996 revival of Chicago with Bebe Neuwirth, Ann Reinking, and Joel Grey. Sabella also worked on the developmental workshops of Kander and Ebb’s last collaboration, The Visit (with Angela Landsbury and Chita Rivera), for which John Kander wrote the role of Luis Perch specifically for him. Off-Broadway, Sabella has performed leading roles in many productions including The Phillie Trilogy (Winner – Outstanding Lead Actor in a Play, Fresh Fruit Festival 2017); Jules (on the life of Julian Eltinge); Kiss and Make Up (New York International Fringe Festival); The Green Room (HBO Productions); Hexed in The City, Foxy, Watch Your Step, So Long 174th Street (Musicals Tonight!); and O’Henry’s Lovers (New York Musical Theater Festival). As a voiceover artist, Sabella has worked on several network television cartoon series, including Peter Pan and the Pirates for FOX and Teacher’s Pet for Disney.

As a countertenor in classical music, Sabella won several prestigious competitions, including the Luciano Pavarotti International Voice Competition, the New York Oratorio Society Competition at Carnegie Hall, and was a ranking finalist in the Metropolitan Opera Eastern Regional Auditions. He has appeared in many operas across the United States and Europe, including the title role of Giulio Cesare (Virginia Opera, available on Koch International Label), L’incoronazione di Poppea (Utah Opera), and Die Fledermaus (Lincoln Center). He has also appeared numerous times at both Carnegie Hall and Lincoln Center as a principal soloist in such works as Bach’s Mass in B Minor, Handel’s Messiah, and Peter Schickele’s comical Three Bargain-Counter Tenors. And, for 5 years he has toured internationally with the now legendary La Gran Scena Opera Company. 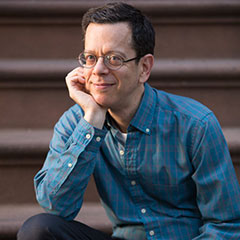 David Gaines is a NYC based pianist/musical director/arranger.  He’s currently a member of the faculty of Juilliard’s Drama Division, where he has worked as a vocal coach since 2010. He has also worked extensively as music director/coach with NYUs Graduate Acting Program. As Musical Director, he has worked with cabaret artists such as Andrea Marcovicci, Penny Fuller, KT Sullivan, Jeff Harnar and many others.

Are you ready to register?