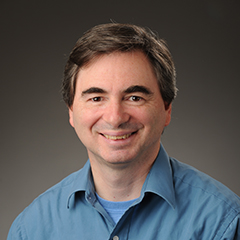 My current research concerns the theory and computation of Siegel modular forms. Complex analytic techniques are the main tool although, besides being a part of several complex variables and transcendental algebraic geometry, the field of automorphic functions increasingly falls under the domain of number theory. I also publish results in the geometry of numbers, although I do not stray far from applications to Siegel modular forms.

In the past I have published in the fields of mixed Hodge theory, Riemann surfaces, theta functions and particle coagulation. I may return to these fields and write up unpublished results but currently I am completely occupied with questions about Siegel modular forms.

This article is a continuation of article 11 and advances the geometry of numbers for its applications to Siegel modular forms. The topics include kernels, cores and noble forms. We show the existence of the extreme core in each genus. This is a core Cext such that k Cext⊆ ν(f) for every nontrivial cusp form f of weight k. Thus the existence of the extreme core is a generalization of the Valence Inequality in genus one. We estimate the extreme core in all genera and almost specify it in genus two, leaving the true value of ω0 = supfinf < A2 (1/k)ν(f)> as an open problem. The constants in the Vanishing theorems are improved and the improvements are used in articles 19 and 22 and in [20].

The Bergé-Martinet constant and slopes of Siegel Cusp Forms

This is a topic in the geometry of numbers. We use the dyadic trace to determine the value of the Bergé-Martinet constant for degrees 5; 6 and 7. We prove Conjecture 6.4.16 in J. Martinet's recent book [21] by finding all dual-critical pairs. As an application to Siegel modular forms, we use these newly found values of the Bergé-Martinet constant to improve upon M. Eichler's lower bound [4] for the optimal slope of a cusp form in degrees 5; 6 and 7.

Dimensions of Cusp Forms for Γ0(p) in Degree Two and Small Weights.

We explain how to use the method of article 18 and the constants of article 16 for spaces of Siegel modular cusp forms of finite index in the Siegel modular group. We applied our method to the weight one spaces S12(Γ0(p)) and found that they were trivial for primes p ≤ 97. This was unexpected and brought attention to the weight one case. T. Ibukiyama and N. Skoruppa proved that S12(Γ0(N)) always vanishes [14] and their article appears in the same volume of the Abhandlungen. In weight two, we examined the cases p ≤ 41 and found only Saito- Kurokawa and Yoshida lifts; unlike the weight one case, this pattern cannot continue indefinitely. An enumeration of weight two forms will require connections with rational abelian surfaces, see article 22 below. In weights three and four, we verified conjectures of K. Hashimoto [13] in some cases. T. Ibukiyama has since proven [15] these conjectures. The obstruction to the weight three case was the weight one case, which vanishes as mentioned above.

Toward the Siegel Ring in Genus Four Inter

J. Number Th. vol. 4. no. 4, (563-586), 2008. (M. Oura, D. Yuen)In [8], E. Freitag and M. Oura found the first second-order theta relation in genus four. This article is a direct continuation of that work but the computations require the Restriction Technique from articles 14 and 18. We classify all relations through degree 32, finding six new relations. A sequel to this paper, showing that the Th2 map is not surjective in genus four, has already been written by M. Oura and R. Salvati Manni [23].Publications accepted and in print: Lifting Puzzles in Degree Four.(authors: C. Poor, N, Ryan, D. Yuen) (accepted to: The Bulletin of the Australian Mathematical Society)Dr. N. Ryan wrote his thesis on the computation of Satake parameters. We use his work and the Hecke Eigen forms found in article 18 to compute Euler factors of L-functions in genus four. These are the first examples of their type in genus four. Not all the Satake parameters in our examples are unimodular; therefore, if the Generalized Ramanujan- Petersson conjecture can be properly reformulated at all, there must be two new types of lifts yet to be discovered.