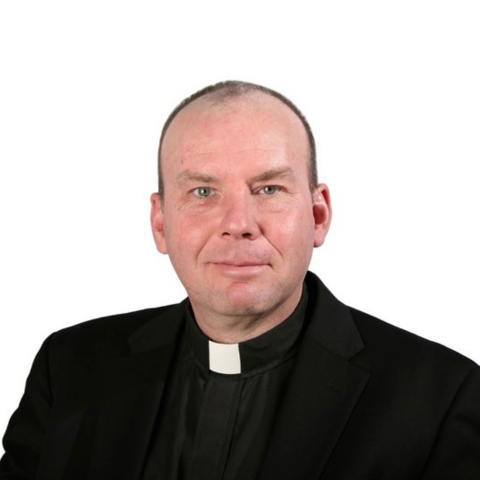 John D. Cunningham, S.J. is a Jesuit priest who is currently department chair and associate professor of Physics at Fordham University.   Although he has studied Philosophy (M.A. Fordham University, 2000) and Theology (M. Div. Jesuit School of Theology of Santa Clara University, 2005), his primary academic interests have been in Experimental Particle Physics and Astrophysics.

After earning a Ph.D. in Particle Physics from the University of Notre Dame (1991) where he studied the lifetime of charm-quark particles at Fermi National Laboratory (Fermilab), he was a post-doctoral research associate at Fermilab on the Colliding Detector (CDF) experiment.  At CDF, he studied heavy quark physics, researching bottom-quark states.  CDF was successful in identifying the sixth quark, top, in 1995.

In 2006 he joined a research group at Argonne National Laboratory that was researching Type Ia supernovae.  These supernovae are being studied to gauge the expansion of the universe.

In 2018 he began preliminary work with the Vatican Observatory Research Group (VORG).