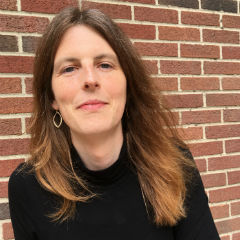 I am a historian of labor, gender, and social protest in the railway era. From the 1840s through the 1920s, the railways served as a leading sector of imperial economies, as a key technology of governance, and as a staging ground for collective action. My scholarship seeks to understand how histories of race, gender, and migration shaped dynamics of collective action along the railways of the British imperial world.

My current book manuscript, Between the Union and the Police: Railway Labor, Race and Gender in the Second British Empire, 1848-1928, historicizes the upsurge in social protest that occurred along imperial railways during the volatile 1920s. From the close of the Great War to the economic crisis of 1929, railways across the Empire acted as staging grounds for confrontational mass strikes. Between the Union and the Police shows how the broad-based strikes of the 1920s were made possible, focusing on the emergence of mass industrial unionism in Britain and colonial India. While tracking the radicalization of labor in the first decades of the twentieth century, the book also tells a story of enduring class collaborationist politics on the part of drivers, guards, stationmasters and other higher-grade railway workers, who acted equivocally during the strikes of the 1920s. Through archival work on the material culture associated with such relatively privileged rail workers, the book shows how, beginning in the 1850s, higher grade workers were encouraged to see themselves as cut from a different cloth than their lower-grade coworkers and subaltern neighbors. Such social estrangement was underwritten by patterns of labor migration, by discourses of race and gender, and by systems of residential and occupational segregation. These dynamics of group differentiation along the lines help explain higher grade workers’ equivocations – during interwar strikes – between the demands of unionists and of the police.

My recent publications include a colonial genealogy of the contemporary keyword “looting” (in Postmodern Culture); a historicist reading of the dancing wooden table that famously opens Marx’s Capital (in Mediations); and a reflection on recent anti-trans bathroom bills and on contemporary shifts in the social recognition of trans life (in South Atlantic Quarterly).

Between the Union and the Police: Railway Labor, Race and Gender in the British Empire, 1848-1928. (In Preparation)

“Injury and Improvement Along the Lines: Gaskell’s Cranford and the Responsibilization of Railway Widows in Britain, 1846-1853.” (In Preparation)

"The Firing at Bamangachi: Race, Space, and the Conditions of Repression along Colonial Indian Railways," in Radical History Review 133, “Militarism and Capitalism.” (Invited to Submit.)

2 “Looting: A Colonial Genealogy of the Contemporary Idea,” in Postmodern Culture 27:1 (September 2016).