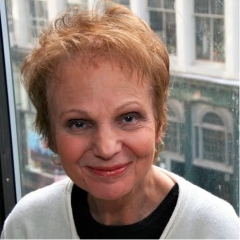 Author of Witches, Wife Beaters, and Whores: Common Law and Common Folk in Early America (Cornell Press, 2011), Killed Strangely: The Death of Rebecca Cornell (Cornell University Press, 2002), Ebb Tide in New England : Women, Seaports, and Social Change 1630-1800 (Northeastern University Press, 1998), and A Dependent People: Newport , Rhode Island , in the Revolutionary Era (Fordham University Press, 1985). Editor of The Diary of Elizabeth Drinker, 3 volumes (1991), which was also published in a one-volume abridged version by Northeastern University Press in 1994. She has published numerous articles, including “Political Dialogue and the Spring of Abigail’s Discontent,” in the William and Mary Quarterly (Oct. 1999), and “’I Have Suffer’d Much Today’: The Social Dynamics of Pain in Early America,” in Through a Glass Darkly: Reflections on Personal Identity in Early America, a collection of essays published by the University of North Carolina Press to celebrate the fiftieth anniversary of the Institute for Early American History and Culture. She is currently working on a non-fiction book called The Poison Plot, which tells the story of an attempted murder case in 1738 where a dissatisfied wife sought to rid herself of a cumbersome husband.

Dr. Crane’s courses have increasingly taken on a transatlantic and interdisciplinary approach. At the undergraduate level she teaches courses on American constitutional and legal history, the American colonies and Revolution, women’s history and gender roles in America . She teaches similar courses at the graduate level, as well as a team taught course with Dr. Nancy Curtin entitled “Politics of Empire: Ireland and America.