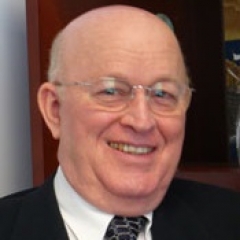 His publications include: The Origins of the National Recovery Administration: Business, Government and the Trade Association Issue, 1921-1933 (Fordham University Press, 1976; revised with a new introduction, 1993), Historians and Race: Autobiography and the Writing of History (co-edited with Paul Cimbala, 1996); and Business and Government in America Since 1870 (1994), a twelve volume edition of articles from learned journals, with introductions. He is also co-author of Herbert Hoover and the Crisis of American Capitalism (Cambridge, MA: Schenckman, 1974) and editor of The Great Depression and American Capitalism (Boston: D. C. Heath, 1968). His most recent book is The Great Depression and the New Deal (Westport: Greenwood Press, 2000). His articles include "Does Antitrust Matter? A Comparative History of Antitrust Policy and The Evolving Corporation in Britain and the United States," Reviews in American History, 21 (1993). He is currently working on a study of the Democratic party in Congress during the Republican Era before FDR and its relationship to the New Deal.