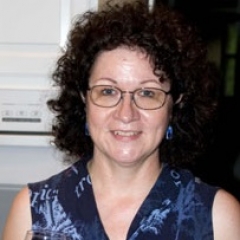 I am currently working on several different projects. One is a monograph called “Living by the Sea: An Ethnography of Maritime Communities in Medieval England” that explores how residents of coastal communities in medieval England adapted to their marine environment, both on board ship and ashore. A related project is an edition of translated primary sources for the London Record Society that depicts maritime life and industry along the Thames waterfront through financial accounts of shipping and waterfront. My other projects include a book chapter on maritime trade and industry in medieval Kent, an article on the medieval Cinque Port of Hythe, and an analysis of Breton immigrants to the southwestern counties of Devon and Cornwall.

Although my main research interest now centers on medieval maritime history, I continue to work in three other fields. One is historical demography, including such publications as: “Medieval People in Town and Country: New Perspectives from Demography and Bioarchaeology,” Speculum (2014); and “Gendering Demographic Change,” in The Oxford Handbook of Women and Gender in Medieval Europe. A second interest is gender history, including an article I am writing on the origins of scolding indictments in the local courts of late fourteenth-century England and past articles on women and work and urban families, as well as co-edited volumes on Reading and Writing in Late Medieval England: Essays in Honour of Mary C. Erler (2019); Medieval Domesticity: Home, Housing and Household in Medieval England (2009); Gendering the Master Narrative: Women and Power in the Middle Ages (2003). Third, my research has focused heavily on the English counties of Devon and Cornwall, including a monograph on Local Markets and Regional Trade in Medieval Exeter (1995), a book chapter on “A New Maritime History of Cornwall” (2014) and two editions of primary sources: The Havener’s Accounts of the Earldom and Duchy of Cornwall, 1287-1356 (2001) and The Local Customs Accounts of the Port of Exeter, 1266-1321 (1993).

I have also become very involved in digital projects as the Webmaster of the Center for Medieval Studies, which hosts almost twenty different digital projects. I have designed several online database resources, including The Online Medieval Sources Bibliography, a searchable database with detailed annotations on printed and online primary sources for the study of the middle ages; almost one hundred grad students (and some undergrads) have provided annotated entries. I am currently working with a wonderful team on Medieval Londoners, which includes a searchable database of medieval Londoners and a curated guide to resources for studying London and its people during the medieval period. My newest project is the Medieval England Maritime Project, which aims to make available bibliography, primary sources, and interpretative analysis on maritime trade, shipping, mariners, and coastal communities in England, c. 700 to 1520. The Project is especially focused on employing digital tools to explore the wider medieval maritime world.

My activities on behalf of the profession include service on the Board of Advisors of the Journal of British Studies and seven years on the Editorial Board of Speculum: The Journal of the Medieval Academy of America. At the international level, I am the North American Representative to the Comitato Scientifico, Istituto Internazionale di Storia Economica Francesco Datini da Prato, Italy, and was recently elected to the organization’s central committee, the Giunta. In 2012-13, I was the President of the Medieval Academy of America after serving two years as a Vice-President.