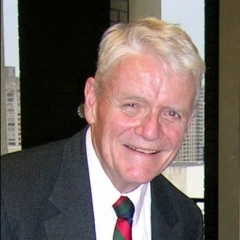 I was drawn to history as a discipline largely by the influence of my undergraduate professors at Fordham College in the 1950’s, particular, Ross J. S. Hoffman, A. Paul Levack, and Sam Telfair.

At the University of Chicago, where I received my MA (1962), my areas of concentration were Modern British and Modern European History, and my MA essay was on “Daniel O’Connell and the Whigs”. (At that time in most American Universities Irish historical studies were treated as part of British History). My mentor was John Clive.

My PhD was from Columbia (1969), where my mentor was Robert K. Webb. My areas of concentration were British History and Modern European History and my dissertation was on “Hilaire Belloc and the New Liberalism”.

My scholarly interests have been on British political history, conservative political thought, the role of religion in society, the constitutional political tradition in Ireland, and the development of democratic institutions in Ireland since Independence.