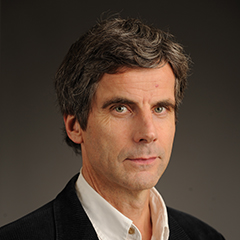 Dr. Mueller is author of two monographs in English, one on The Criminalization of Abortion in the West. Its Origins in Medieval Law (Ithaca/NY and London: Cornell University Press, 2012), and another on an important medieval law professor, Huguccio. The Life, Works, and Thought of a Twelfth-Century Jurist (Washington/DC: CUA Press, 1994). He is co-editor (with Ludwig Schmugge) of volumes 3, 5, and 7 of the Repertorium Poenitentiaria Germanicum (Tübingen: Niemeyer, 2001, 2002, 2008), which catalogues (in Latin) entries relating to German recipients in the records of the Apostolic Court of Penance under Calixt III (1455-1458), Paul II (1464-1471), and Innocent VIII (1484-1492). Together with Mary E. Sommar, he has co-edited a collection of essays on Medieval Church Law and the Origins of the Western Legal Tradition (Washington/DC: CUA Press, 2006), in honor of his doctoral adviser, Kenneth Pennington. Dr. Mueller has also published articles in American, French, German, and Italian journals.They deal with late medieval law and penance in theory and practice. His current project is a book-length study entitled Revisiting Marriage Litigation in the Western Church, 1215-1517.