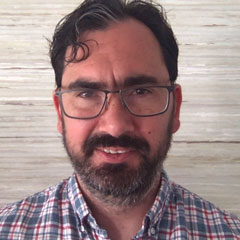 The French of Outremer: Communities and Communications in the Crusading Mediterranean, co-ed with L. Morreale (Fordham University Press, 2018)

"Writing the Knight, Staging the Crusader: Manasses of Hierges and the Monks of Brogne," in Knighthood and Society in the High Middle Ages, ed. D. Crouch and J. Deploige (Leuven University Press, 2020), 167-191.

"The Fruits of Penitence and the Laurels of the Cross: the Poetics of Crusade and Conquest in the Memorials of Santa Maria de Ripoll," in Crusading at the Edge: Ideas and Practice of Crusading in Iberia and the Baltic Region, 1100-1500, ed.  T.K. Nielsen and I. Fonnesberg-Schmidt (Brepols, 2016), 245-273

“In Search of the Marshal’s Lost Crusade: The Persistence of Memory, the Problems of History, and the Painful Birth of Crusading Romance,” Journal of Medieval History 40:3 (2014) [Special Issue: Crusades and Memory, ed. A. Lester and M. Cassidy-Welch], 292-310.