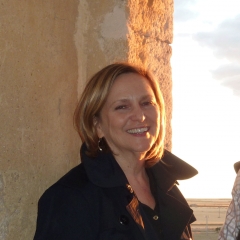 I specialize in the history of the colonial Andes and of Early Modern Spain with an emphasis on cultural and social history that also draws on social theory, particularly on new approaches to colonial interaction, "civilizational" policies, and conversion that attend not only to writing and its archives, but to the practices and material forms of politics and religion. My first book, The People are King: The Making of an Andean Politics (forthcoming from Oxford University Press), is a major revision of traditional ideas about the origins of social and political change and of the long-term impact of colonialism. It assesses how colonized people defined themselves and their political communities, and how micro-historical and ethno-historical methodologies can elaborate understandings of global history. I offer a new interpretation of how Andeans wrestled with colonial domination to create their distinct politics, as well as an innovative analysis of the long-term impact of sixteenth-century resettlement policies, including a fresh reading of the late eighteenth-century rebellions. The research on which I base my argument comes on the one hand, from over twenty archives and research libraries in Bolivia, Argentina, Peru, Spain and the United States, including town, regional, and national archives, as well as those of the church. It also draws on rich sources from art history, ethnography and archaeology to link archival materials to the concrete places, things, and people they reference. Research and writing for this book has been supported by the National Endowment for the Humanities, Fulbright, the Wenner-Gren Foundation for Anthropological Research, and the John Carter Brown Library, among others.

My current projects include co-editing an interdisciplinary, comparative volume of essays on the most widespread institution of the early modern Catholic world, lay religious brotherhoods (confraternities), titled Water is Thicker than Blood: Practice and Materiality in Colonial Latin American Confraternities. The essays for the volume are the result of panels that I organized with Dr. Juan Cobo Betancourt, project co-editor, for two international conferences, the Association for Spanish and Portuguese Historical Studies, June 2014 in Modena, Italy, and the Latin American Studies Association, May 2015 in San Juan, Puerto Rico. The essays draw on practice theory and materiality studies to reassess lay brotherhoods in their full range of colonial complexity, including urban and rural creole-Spanish, Afro-Latino, and indigenous confraternities from Mexico to Argentina.

I am also working with an international, interdisciplinary research group funded by the National Ethnology Museum of Osaka, Japan during 2015-2020 on a project titled “Rethinking Forced Resettlement in the Andes.” During the sixteenth century Spaniards uprooted and resettled upwards of 1,500,000 indigenous people in a giant experiment in social engineering designed to convert people to Christianity and to bring them the benefits that Spaniards believed could only come from urban life. For my contribution to the project, I am examining what indigenous people made of these towns and how they governed themselves, and I plan to compare this to towns in Castile, Spain. Details on an earlier, related project can be seen here.

Literacy among indigenous people and their use of reading and writing (in Spanish) to seek justice, is also a long-term focus of my work. My book The People are King features holographic letters by native Andeans written during the Great Rebellion of the late eighteenth century. My work on resettlement in the early colonial period also emphasizes literacy, as indigenous people fought complex legal battles to make towns on their own terms. Literacy was much more widespread among non-noble indigenous people that is commonly believed. My next major work explores how important literacy was to ordinary Andeans by examining the kinds of documents they wrote and archived.

In July 2015, Thomas Abercrombie and I presented “Seizing Sovereignty on a Heritage Battlefield: Villalar de los Comuneros, 1521 and 2010s” at the Council for European Studies, Paris, France and we are currently revising it for publication. As part of the Council for European Studies, I am also affiliated with the international Research Network on Transnational Memory and Identity in Europe. The essay examines the long-term historical memory of the defeat of the revolutionary Comuneros of Castile in 1521 and connects to another project of mine.

A longer-term research project, “Comuneros in Castile and Peru: A Study of Hispanic Political Philosophy and Rebellion in the Old World and New” grows out of my earlier work on the colonial Andes. Here, I argue that a political philosophy of popular sovereignty and participatory democracy, neither of which are typically identified with the 16th-century Hispanic world, was widely understood by common people, in both Spain and the Americas, through their participation in municipal life. My analysis of Hispanic political ideology and the political culture of which it was a product examines two rebellions that were twenty years and half a world apart, the Comuneros of Castile (1520-21) and the Peruvian civil wars of the 1540s and 1550s.