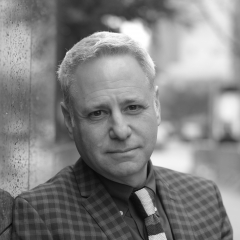 I study the ways people think about resources, capital, and how what we call the economy functions within the larger economy of Earth. I call myself an environmental historian, but my work is related to geography, social ecology, and political theory. Most of my work concerns agrarian societies in North America because I have found that agriculture offers the ideal vantage from which to observe the intersection of ideas and practices, economies and landscapes. My book Ramp Hollow: The Ordeal of Appalachia will be published by Farrar, Straus and Giroux in 2017. It’s about how the people of the southern mountains lost their land and the confrontation between peasant economy and capitalism in the Atlantic World over the last four centuries.

Ramp Hollow: The Ordeal of Appalachia was reviewed by The Washington Monthly.

The New York Times also reviewed Ramp Hollow. Read the article, The Story of Appalachia, With Plenty of Villains.

Zip06 wrote an article about Dr. Stoll's new book and the talk he gave in Guilford. Read the article, Three Books, One Weekend.

Dr. Stoll gave a talk about his new book at the New School. Watch the talk at TVEyes Media Monitoring Suite.

Dr. Stoll discussed his new book on WNYC. Listen to his interview 'The Most Important Year,' Poetry on Your Commute, A Retelling of Appalachian History.

HONORS & AWARDS
Appointed “Distinguished Lecturer” by the Organization of American Historians (2017-2020 and 2020-2023).
Among the “100 Top Young Historians,” History News Network, George Mason University (2010).
Elected to Membership in the American Antiquarian Society (2009).
Finalist: The Mark Lynton History Prize, Columbia University Graduate School of Journalism and the Nieman Foundation at Harvard.
Larding the Lean Earth was among two finalists out of 229 entries (March 2003).
The Heyman Prize, for an outstanding manuscript on any subject in the humanities, for The Fruits of Natural Advantage, Yale University (July 1998).
W. Turrentine Jackson Award, presented by the American Historical Association, Pacific Coast Branch “to the author of the most outstanding dissertation on any aspect of the history of the American West in the twentieth century” (August 1995).
Phi Alpha Theta/Westerners International Award for the best doctoral dissertation in western history (August 1995).
Frederick W. Beinecke Prize, awarded by the Graduate School at Yale University “for an outstanding doctoral dissertation in the field of Western American History” (May 1995).