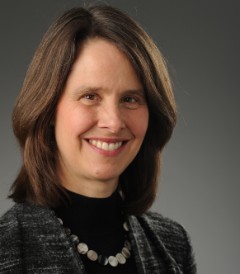 My research interests center on the social and cultural history of the U.S. since World War II, but I have also written on the Gilded Age and Progressive Era. My current focus is on gender and women’s history as it intersects with postwar U.S. labor and economic history. I have a strong background in U.S. visual and popular culture as well. My training is in American Studies and I rely on an interdisciplinary approach in my work.

My current book in progress is Inventing the Working Family: The Birth and Triumph of a New American Ideal, 1970-2020. In this first cultural and intellectual history of the contemporary American working-family norm, I examine how the idea of the “working family” came to dominate cultural discourse and national policy. Born after the 1970s’ collapse of a male-breadwinner norm, the “working family” is the product of immense cultural effort. In the 1980s and 1990s, academics, politicians, journalists, and activists constructed two versions of the model working family. Whereas mainstream conservatives argued that mothers had to “choose” how to manage work and family, liberals called for employers and society to collectively meet working parents’ needs. In both versions, the norm excluded some families—most significantly poor, single Black mothers. The working-family ideal also faced opposition as both hardcore conservatives and feminists led efforts to unseat it. This study traces the working-family norm’s rise to hegemony in law and culture, showing how it structured debates about a post-Fordist workforce, family leave, welfare reform, and mothers’ “choices” about work and family.

In conjunction with my research on working-family ideology and postindustrial U.S. social and economic history, I have organized two major events on engendering the history of capitalism as part of the Department of History’s O’Connell Initiative in the Global History of Capitalism. In October 2022, a dozen leading scholars from history, law, and sociology will come together for a conference on “Carework and the Hidden Labor of Capitalism.” This event builds on a February 2021 multidisciplinary panel on reinserting gender and social reproduction into the history of capitalism that featured the feminist economist Nancy Folbre.

Feminism’s Forgotten Fight provides a fresh account of second-wave American feminism by uncovering a hidden history of activism. I reveal the rich 1960s and 1970s feminist activism on behalf of issues that we call today “work and family”--from childcare and family leave to involved fatherhood and shared housework. Feminism’s Forgotten Fight offers a lively revisionist history of the American women’s movement. It debunks the myth that feminists threw women into the workplace, and then ignored them.

Feminists never wanted simply to insert women into the workplace as replicas of 1950’s men.  Rather, liberal and radical activists, white women and women of color reconceptualized sex roles and the family order. They demanded that the government support caring for children by providing both allowances for mothers staying at home and universal childcare. Exposing the prevailing male-breadwinner/female-homemaker norm as discriminatory and out of step with most Americans’ lives, feminists put forward creative proposals to reshape workplaces and government policies, many of which, such as flex- and part-time work, now seem prescient. Historians have acknowledged many of these goals, but Feminism’s Forgotten Fight is the first study to examine feminist campaigns for them in depth and to connect them all within an overarching narrative.  With compelling stories of local and national activists, and of crucial judicial battles, this book restores the comprehensive vision feminists pursued. Feminism’s Forgotten Fight offers a timely intervention for the resurgent feminism of the Trump era.

My work has been featured in the New York Times and the Washington Post, and on NBC News.com, CNN.com, The Christian Science Monitor, the Huffington Post, and on public radio’s “To the Point.” I lecture regularly on women and work, the U.S. women’s movement, women in the art world, postwar America, and the Gilded Age and Progressive Eras. I have been featured on C-SPAN’s Talking History.