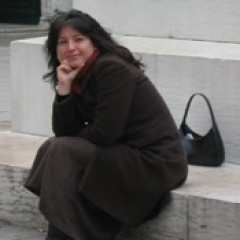 University of Chicago, PhD, Near Eastern Languages and Civilizations, March 2007

Ebru Turan’s research explores the political, intellectual, and cultural history of the Ottoman Empire in the early modern era, with a special emphasis on the Muslim Mediterranean in the sixteenth century. Dr. Turan is currently working on a book-length project which focuses on the political career of the famous grand vizier and favorite of Sultan Suleyman, Ibrahim Pasha (c.1496-1536). Her book investigates the consolidation of Ottoman claims to universal sovereignty within the context of the urban and imperial culture of the Mediterranean in the Renaissance. Ebru Turan is also interested in the role of urbanization in state and empire formation in the early modern period. Her next project will explore the cultural and intellectual topography of the city of Ottoman Constantinople between c. 1480 and c. 1540 and its relation to the development of Ottoman imperialism.

At Fordham, Dr. Turan teaches classes on Islamic, Ottoman, and Mediterranean history from the late antiquity through the modern period. In 2008-2009 academic year, she will be a visiting research fellow at the Institute for Historical Studies at University of Texas at Austin.