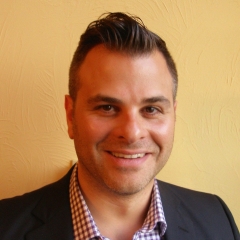 My research explores the ways in which empire and identity evolved in modern Britain and its empire.  I have particularly focused on British popular debates concerning empire in the last three decades of the eighteenth century as the British Empire weathered a succession of crises around the globe.  These crucial decades hardened the boundaries of Britishness and accelerated the drift toward British authoritarianism as an empire in the west was lost and one in the east was gained.  Another research interest centers on Edmund Burke, a leading politician in eighteenth-century Britain, who railed against an empire maintained through force and instead counseled an empire unified through the bonds of sentiment, law, tradition, and commerce.

I have recently published an article that assesses how Burke’s political opponents derided his Irish origins as a means of discrediting his arguments on empire.  This research draws on the ways in which the British people perceived Burke, despite his being a Protestant and an influential member of the Whig Party, as both a colonial and non-Briton who represented the Catholic Irish Other against whom they fashioned their own British identity.