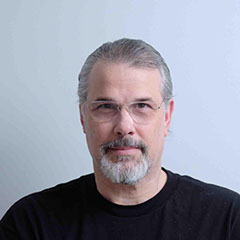 David Hawkins is an Emmy-award winning journalist and producer whose career spans more than 20 years. His international experience reporting for CBS News and Al Jazeera has taken him to over 30 countries. He was CBS News's Moscow bureau chief and producer from 1995-1998 and Moscow correspondent from 1999-2000. During that time, he reported on Boris Yeltsin's presidency, the Mir space station, Kremlin corruption scandals and the war in Chechnya, among many other stories.

From 2000-2006, he was the Middle East correspondent for CBS based in Tel Aviv, a role in which he reported on the Israeli-Palestinian conflict and events in Egypt, Lebanon and Syria. Hawkins covered the war in Iraq and was the first western reporter to interview Iraqi insurgents fighting US troops. Based in Kuala Lumpur for Al Jazeera English, he reported on politics and events in Southeast Asia, China, South Korea and Japan.

Hawkins received a B.A. in Russian and Soviet Studies from Cornell University. In 2009, he was a Knight-Wallace Fellow at the University of Michigan, where he studied the effect of digital technology on the business and practice of journalism and went on to obtain an M.B.A. degree from the university’s Ross School of Business. After several years of consulting, freelance reporting and teaching, David joined the Fordham University faculty in 2018.