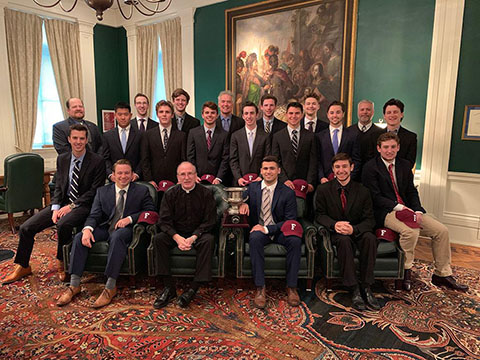 The 2020-21 season sees the Fordham University ice hockey program now entering its 51st campaign, one of the longest of any of the clubs at school. The team was created in the 1967-68 season playing and winning one game versus cross-town rival Manhattan College. The "Maroon Six" as they were known then, began playing a full slate of games during the 1970-71 season. The team joined the MIHL (Metropolitan Intercollegiate Hockey League), in the fall of 1970 and began playing such teams as Columbia, Fairfield, and St. Johns. The team was originally created and funded by Fordham University athletics to become a varsity program. However, the team was relegated to its current club status in 1975 when the school chose to elevate its club football team back to varsity instead. After a league name change to the BSMIHL (Bi-State Metropolitan Intercollegiate Hockey League) for the 1975-76 season, the team held the longest tenure as a member of the MCHC (Metropolitan Collegiate Hockey Conference) (43 seasons) after the league changed its name at the start the of the 1976-77 season. 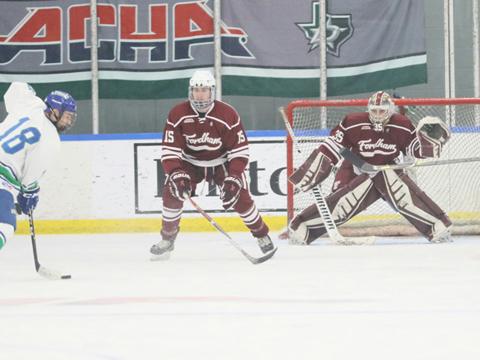 The team is coached by Rich Guberti, who begins his 13th year with the team (2 years assistant coach – 11 years head coach). The team has gone 221-73-8-10 during this tenure. They have finished the regular season in 1st place 7 times, have gone to the league finals 7 times, and have won 4 championships. In his 9 years as the team's Head Coach, Guberti historically ranks 1st in overall wins (193) and winning percentage (.763). A USA Hockey Certified Level 4 Coach, he also works for USA Hockey as a Coach Developer. He speaks at USA hockey coach's clinics about successful methods of coaching on all aspects of the game. Guberti has run youth and junior hockey organizations and taken teams to local, state, and National tournaments. 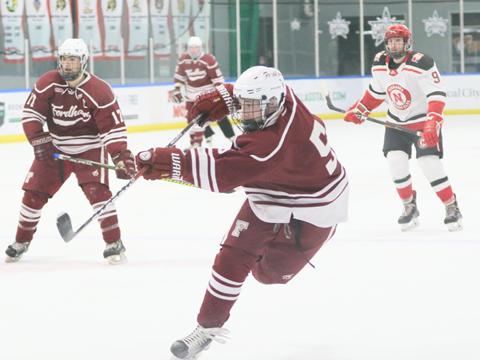 The team’s two assistant coaches returning this year are Art DellaSalla (7th year) and Dave Smith (6th year). Along with Guberti, they have been a big part of the reason why Fordham has such a well-rounded, experienced and successful coaching staff. Both DellaSalla and Smith have backgrounds coaching US Hockey Youth teams prior to, and during their tenure with Fordham.

Behind the scenes is Director of Hockey Operations, Andrew Mola CBA '86 (37th year) who handles the day-to-day team operations which can range from organizing transportation, finances, alumni relations, statistical analysis, scheduling, recruiting, and running game-day operations. Mola also is in his 12th year serving as the President of the MCHC and has held prior MCHC Executive Board positions such as Director of Eligibility and Director of Structures.

Another person behind the scenes is our Webmaster and Social Media Lead, Michael Casserly CBA ’99, GBA ’05 (15th year). Mike is responsible for the operation and maintenance of our official team website fordhamramshockey.com, as well as maintaining the content for the hockey team pages on the Fordham University website fordham.edu. On the social media side, Mike is the Administrator for the Fordham Hockey Alumni LinkedIn Group, Twitter, and YouTube channel. Mike is also entering his 4th year as Conference Administrator for the MCHC and has a position on the League Executive Board. 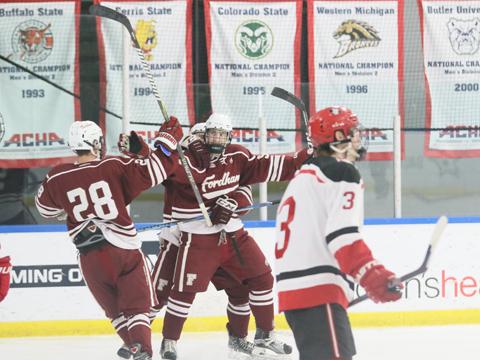 Despite the change in leagues, the Rams stepped up their game holding their own by finishing league play with a record of 9-4-1-0, and an overall record of 22-6-1-0, marking their third consecutive 20-win season. The team has now amassed its 17th consecutive winning season, while also qualifying for their league playoffs for the past 20 consecutive years.

The highlights of the year included defeating the #1 ranked team in the CHF twice. The Rams defeated SUNY Farmingdale 3-2 in January and then again in the CHF Tournament with a heart-pounding 5-4 win over SUNY Binghamton with 0.7 seconds left in their first-round game.

The team begins its practices early September skating twice a week with Pennsylvania tournament appearances in the Ice Works Pre-season Showcase in Aston mid-September and The Empire Classic in Warminster the week prior to Thanksgiving in November. No games are played during Thanksgiving break, finals week in December or Christmas break. The season culminates with league playoffs held the weekend of President’s Day in February, and the CHF national tournament held in Westchester PA beginning March 10.

Join Us
For more information on the team, please contact us. Fill out our recruiting form.

View team rosters from 2005 to present:

View team scoreboard from 1980 to present: