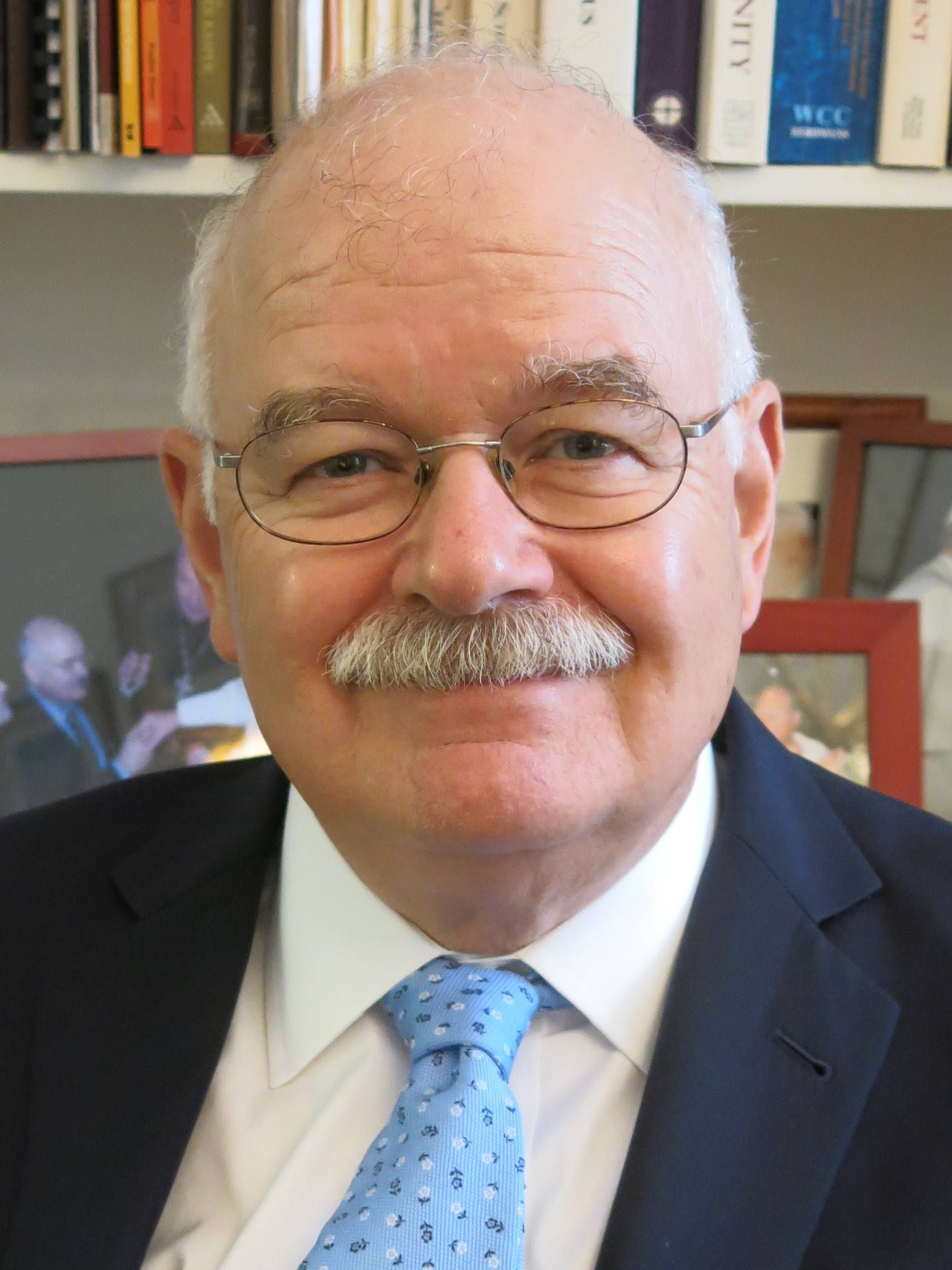 "Though many of us might have chosen Fordham in the late 1960s and early 1970s for graduate studies in historical theology in the fresh breezes of Vatican II, we returned to Fordham and remained at Fordham because of the remarkable visionary Thomas Berry, CP, who headed the history of religions section during those pioneering years. There was no other program providing what Fr. Berry could generously offer. He understood the dynamics of religious and cultural dialogue and perceived its implications for theology as well as the global impact of religious pluralism on international relations, the ecological future, and human life within the story of the universe. Through Thomas Berry, Fordham gave me a joyful vision and a firm confidence for an exciting career of over 40 years of service to teaching, academic life, and the church for the greater good of all humanity and our planet."

John Borelli received a doctorate in history of religions and theology in 1976 from Fordham University, where he taught as a full-time lecturer during his final year of graduate studies. He had been a graduate assistant in the Department of Theology since January 1971 when he returned to graduate studies after two years of military service, spending most of 1970 in Vietnam. He had graduated cum laude and Phi Beta Kappa from St. Louis University in 1968. Beginning in the fall 1976, he oversaw Religious Studies at the College of Mount St. Vincent for the next eleven years and served on the Ecumenical Commission of the Archdiocese of New York for eight years prior to his departure for Washington in 1987. From 1982, he was the staff researcher and writer for that commission working part-time. In 1982, he co-founded the Faiths in the World Committee for the Catholic Association of Diocesan Ecumenical and Interreligious Officers, which is still in existence today. In 1985, he co-founded the Catholic-Muslim Dialogue of New York. During his final year in New York, 1986-1987, he also served part-time as general secretary of Religions for Peace—USA.

He is currently Special Assistant for Catholic Identity and Dialogue to President John J. DeGioia of Georgetown University, a position he had held since February 2004. In addition, he has served as Coordinator for Interreligious Dialogue and Relations for the Jesuit Conference of Canada and the United States since 2004.  Prior to these appointments, Dr. Borelli served sixteen years (1987 to 2003) as Associate Director of the Secretariat for Ecumenical and Interreligious Affairs at the U. S. Conference of Catholic Bishops. Staffing the Bishops’ Subcommittee on Interreligious Dialogue, he managed three ongoing dialogues with Muslims, one with Buddhists, one with Hindus, and other interreligious projects. He also staffed the official ongoing ecumenical dialogues with Orthodox Christians and with Anglicans. For one year, he served as the interim Executive Director of the Secretariat. He was President of the National Ecumenical Officers Association for three years. Dr. Borelli was a consultor to the Vatican’s Pontifical Council for Interreligious Dialogue for 17 years.

He has co-authored, Interfaith Dialogue: A Catholic View, with Archbishop Michael L. Fitzgerald (SPCK/Orbis Books, 2006). He edited A Common Word and the Future of Christian-Muslim Relations (2009) and The Handbook for Interreligious Dialogue (1988) and co-edited Quest for Unity: Orthodox and Catholics in Dialogue (St. Vladimir’s Seminary Press/USCC, 1996) with John Erickson. He co-authored with a group of Catholics and Lutherans One Hope: Re-Membering the Body of Christ (Augsburg Fortress and Liturgical Press, 2015). Before the end of 2017, he will co-publish Catholics and Evangelicals for the Common Good with Ron Sider. He had published over 250 articles in the past 40 years.

During these thirteen years at Georgetown University, Dr. Borelli has managed ongoing dialogues and institutes, lecture series, and conferences. He managed a series of conferences marking the jubilee of Vatican II on the themes of dialogue and Catholic life, the relationship of the reform Council of Trent to Vatican II, the ground-breaking encyclical “Peace on Earth (Pacem in Terris) of Pope John XXIII, and the unfinished agenda of Vatican II.  In 2014, he managed “Faith, Culture and the Common Good,” a Courtyard of the Gentiles in Washington, DC, a project with the Pontifical Council for Culture, the Archdiocese of Washington, and Georgetown University. In 2017, he managed “Toward a New Economy: Justice, Culture, and the Social Market,” another seminar co-sponsored with the Pontifical Council for Culture. Also in 2017, he will oversee a conference marking the 500th anniversary of the Lutheran Reformation, “1517-2017: Catholics and Lutherans, Then and Now.”

Dr. Borelli has also been working with Thomas Stransky, an original staff member of the Secretariat for Promoting Christian Unity and a Paulist priest. A Catholic pioneer in ecumenism, Stransky staffed the Secretariat’s Decree on Ecumenism and its other Vatican II documents, including the development and implementation of The Declaration on the Relation of the Church to Non-Christian Religions (Nostra Aetate). Dr. Borelli, who has known Fr. Stranksy since 1981, is working with him in publishing that story of Nostra Aetate genesis and development.

In 2016, Dr. Borelli delivered “Walter F. Sullivan Catholic Studies Symposium at Virginia Commonwealth University” on “How Pope Francis Is Creating a Culture of Encounter.” In 2015, he delivered the Paul Wattson Lecture at the University of San Francisco on “Creating a Culture of Encounter: The Next Steps for a World in Need of Dialogue.” In 2017, he has lectured widely with Lutheran Bishop Donald McCoid on the 500th anniversary of the Lutheran Reformation.

He and his wife, Marianne Dulle Borelli, are graduates of St. Louis University and have been married 46 years. She is an adult primary care nurse practitioner with a doctorate in Psychiatric/Mental Health Nursing. Members of the Jesuit Holy Trinity Parish in Georgetown, they co-lead marriage preparation groups and are Eucharistic ministers. They have three children and four grandsons.