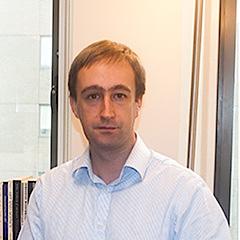 Richard Teverson studies the art commissioned by monarchs allied to the Roman Empire as it transitioned from a republic to an autocracy under Octavian Augustus. His work explores these courts as centers of cultural innovation, spurred on by the needs of the rulers of these diverse kingdoms to respond to the new imperial imageries, and political realities, of the Augustan age.

His current book project, tentatively titled, “Connected Kingdoms: The networks of Roman allied monarchies during the first century CE,” investigates how rulers from Britain to the Black Sea and from North Africa to Nabatea used art to establish links with communities around the Roman Mediterranean, and not just with the imperial metropolis. Only by understanding the court cultures of these kingdoms as part of concerted efforts to forge links with other allied rulers and local communities around the empire, can the agendas and agencies at work in these liminal regions be seen clearly—in terms both the original intent behind these royal programs, and how such royal imagery was understood and recapitulated by local audiences across the Roman world.

His dissertation, “Augustan Kings: the art and architecture of Herod the Great of Judea and Juba II of Mauretania,” was awarded from Yale in 2015. He has held research fellowships in Jerusalem, Rome and the UK, from the British Friends of the Hebrew University, the British School at Rome, and the Mellon Foundation. Prior to arriving at Fordham he taught courses at Skidmore College and at the University of New Haven, and was the Managing Editor of Images: A Journal of Jewish Art and Visual Culture (Brill).