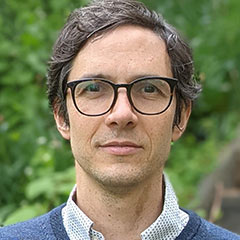 Santiago Mejia joined the Gabelli School of Business in 2017 as an assistant professor in the law and ethics area. He earned his PhD in philosophy from the University of Chicago in 2016. Professor Mejia has a strong background in philosophy and ethics. His research interests span normative ethical theories of businesses, organizational behavior, moral psychology, and virtue ethics.

Professor Mejia won the Fordham’s Distinguished Research Award for Junior Faculty in 2021, the Business Ethics Quarterly Outstanding Article Award in 2019, the Society of Business Ethics Founders’ Award in 2016 and received two teaching awards at the University of Chicago in 2012 and 2015.