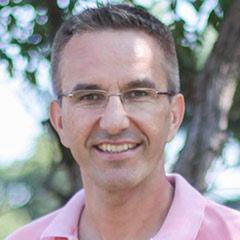 Patrick Struebi is a social entrepreneur, thought leader, and founder of the Fairtrasa Group, a pioneering social enterprise that lifts marginalized small-scale farmers out of poverty. Fairtrasa is one of the largest organic and fairtrade exporters from Latin America with a vertically integrated business structure, impacting over 40,000 direct beneficiaries. He is also the co-founder of Blooom, a cutting-edge AgTech platform with the goal of lifting 1 million farmers out of poverty by 2023.

For his work with Fairtrasa, Mr. Struebi has been selected as an Ashoka fellow and an endeavor entrepreneur, as well as a Yale world fellow. Furthermore, he has been named four times Social Entrepreneur of the Year by the Schwab Foundation (2014), the abc* Foundation (2012), Univision (2012), and Visionaris (2009).

Mr. Struebi is a Gabelli fellow and a social innovation fellow at Fordham University in New York, where he teaches at the Gabelli School of Business. In 2014, the World Economic Forum named Mr. Struebi a New Champion and he is also a member of the Clinton Global Initiative. He writes a column at HuffPost and gives talks around the world on social innovation and related issues.