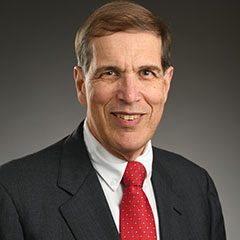 Professor Cappello served from 1983 to 1986 in the Office of the District Attorney of Queens County, New York, as an assistant district attorney assigned to the Arson and Economic Crimes Bureau, where he investigated and prosecuted white-collar crimes including credit-card fraud, automobile-insurance fraud, and arson for profit.

Since 1986, Professor Cappello has engaged in the private practice of law as a solo practitioner. His practice areas include trusts and estates, estate planning, elder law, guardianships and real estate. Professor Cappello also serves as an administrative law judge for the City of New York Office of Administrative Trials and Hearings, where he conducts hearings and renders decisions in cases involving violations of the city's fire, health and sanitation codes. He is admitted to practice in the states of New York and Florida, the U.S. District Courts for both the Southern and Eastern Districts of New York, and the U.S. Supreme Court. He is also a certified public accountant in the state of New York.

Professor Cappello has taught law and ethics courses at the Gabelli School of Business since 2001, focusing on contract law, commercial transactions and employment law. As pre-law advisor, he advises students interested in legal careers and assists them in developing a realistic and aggressive plan for law school admission. He received the Dean's Award for Teaching Excellence in 2006, 2008 and 2010.