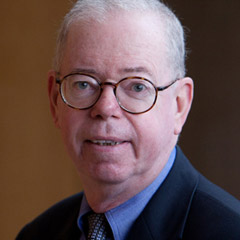 Professor Carey has served on the advisory boards of the Adult Literacy Media Alliance, the Annenberg School For Communications and Fordham's Donald McGannon Communication Research Center. He was a commissioner on the Annenberg Commission on the Press and Democracy, has been an invited lecturer in more than a dozen countries and has presented his research to the boards of major media companies in the United States. Before coming to Fordham, he taught at Columbia Business School and at New York University.