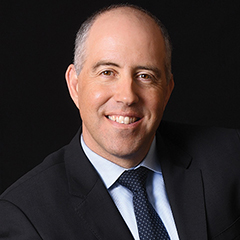 Nestor Davidson joined Fordham in 2011 and was named the Albert A. Walsh Professor of Real Estate, Land Use and Property Law in 2017.  Professor Davidson is an expert in property, urban law, and affordable housing law and policy, and is the co-author of the casebook Property Law:  Rules, Policies and Practices (7th ed. 2017).  Professor Davidson founded and serves as the faculty director of the law school’s Urban Law Center and previously served as Associate Dean for Academic Affairs.

Professor Davidson practiced with the firm of Latham and Watkins, focusing on commercial real estate and affordable housing, and served as Special Counsel and Principal Deputy General Counsel at the U.S. Department of Housing and Urban Development.

Professor Davidson earned his AB from Harvard College and his JD from Columbia Law School. After law school, he clerked for Judge David S. Tatel of the United States Court of Appeals for the District of Columbia Circuit and Justice David H. Souter of the Supreme Court of the United States.