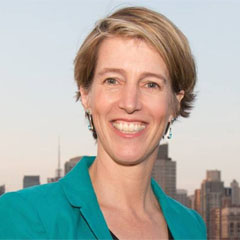 She was a death penalty defense lawyer at the Center for Death Penalty Litigation in North Carolina, and co-founded a non-profit dedicated to providing trial experience to new law school graduates. She is known for her pioneering work in internet organizing, and was the first national Director of the Sunlight Foundation.

She has written dozens of law review articles and essays and two books. Her book, "Corruption in America: From Benjamin Franklin's Snuff Box to Citizens United" was published by Harvard University Press in 2014.
She ran unsuccessfully for the Democratic nomination of the Governor of New York in 2014, and for Congress's 19th Congressional District in 2016.

She lives in the Hudson Valley with her husband.