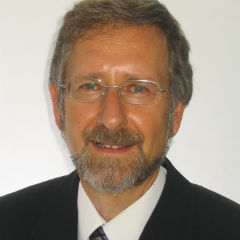 Fellow, Institute on Religion, Law and Lawyer’s Work and Visiting Professor of Law

Prof. Daniel Sinclair LL.B. (University of London), LL.M. (Monash University), Ph.D. (Hebrew University), Rabbinical Ordination (Jerusalem) is Emeritus Professor of Jewish and Comparative Biomedical Law, CMAS Law School, Israel; Fellow, Institute on Religion, Law and Lawyer’s Work and Visiting Professor of Law, Fordham University Law School, New York; Adjunct Professor of Public Health Law and Medical Ethics, Tel-Aviv University Medical School and Adjunct Professor of Jewish Law, Sir Zelman Cowen Center, Victoria University, Melbourne. Prof. Sinclair has published over sixty articles and several books in the fields of Jewish Law and Ethics, the influence of Jewish Law on the legal system of the State of Israel; Comparative Biomedical Law and the relationship between law and morality. His previous positions include Research Fellow at the Institute for Jewish Law, Faculty of Law, Hebrew University, Jerusalem; Fellow and Tutor in Jurisprudence, Faculty of Law, Edinburgh University; Rabbi of the Edinburgh Hebrew Congregation and Dean of Jews’ College, University of London. During his period in the United Kingdom, Prof. Sinclair served as a member of the Ethics Committee of the Royal College of Physicians and held the portfolio for Medical Ethics in the Chief Rabbi’s Cabinet. In that capacity, he testified before the Science and Technology Committee of the House of Commons on issues relating to human genetics. He has also been a member of an Advisory Group to the European Union on the ethics of science with a particular focus on cloning and clinical trials. His current areas of research are the role of religious law in democratic societies and the influence of morality on the law.