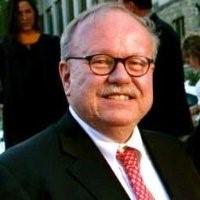 Professor Brennan is a member of the adjunct faculty at Fordham Law School who teaches the Admiralty and International Maritime Law Course. He has handled hundreds of admiralty and maritime cases in US federal courts, foreign courts, and arbitrations as well civil and criminal admiralty cases for the United States. He has been an advisor to the U.S. Department of State, the U.S. Department of Defense, and federal and state judges.
Lawrence B. Brennan was awarded a B.A. magna cum laude by Fordham College in 1974 and a J.D. by Fordham Law School in 1977. He has taught and lectured at the U.S. Naval War College, George Washington Law School, multiple professional presentations, CLEs, and to foreign law groups in Tokyo, China, and the United Kingdom. He has been interviewed on national television and radio and has been frequently cited by US and international media on major maritime casualties and public international law issues. He has written extensively on maritime casualties, public international law, and maritime and naval history. He is the father of two daughters: Mary Kate Brennan received her JD in 2012 and LLM (Fashion Law) in 2017 from Fordham Law School and Elizabeth Brennan, an educator, who received her second MA in Informational Technology from Columbia University in 2017.

He was a Federal Litigator for the U.S. Department of Justice and is a lawyer in private practice in New York City. Also, he is a retired Captain, Judge Advocate General’s Corps, U.S. Navy and served at sea and ashore for more than 33 years, including record setting tour at sea in the nuclear powered aircraft carrier USS Nimitz (CVN 68) which launched helicopters during the Iranian Hostage Rescue Attempt. As a Navy Lieutenant, he spent months in the Persian Gulf Northern Arabian Sea areas. He was counsel for the Navy Investigation into the fatal air crash on board NIMITZ that led to the “Zero Tolerance” anti-drug program following 14 deaths and more than 50 serious injuries. He has extensive experience litigating and investigating major marine casualties on both the civil and criminal side. Larry has decades of experience with the Law of the Sea Convention for the government (Navy and as a State Department consultant), for multinational clients in the energy and environmental business, and as Chair of International Law of the Sea Committee for the Maritime Law Association of the U.S. He was Navy’s Senior Admiralty Counsel, commanded two Reserve Units during wartime. He drafted the presidential transmittal of the Law of the Sea Treaty to the United States Senate.  He has been involved in the implementation, drafting, and teaching of Rules of Engagement for more than three decades.

He served at the U.S. Naval War College for more than five years where he was a senior participant in the annual Title X Global War Games and ultimately commanded NWC’s Law Reserve Unit. Captain Brennan acted as principal legal advisor and Chief of Staff for combatant commanders in Global War Games at the U.S. Naval War College and war games in the Republic of Korea. He investigated and prosecuted the Commanding Officer and Executive Officer of USS Petrel (ASR 14) when he was a Lieutenant. Captain Brennan was personal counsel to a warfighting Combatant Commander, Commander, Naval Space Command, staff judge advocate for more than half a dozen deployed Carrier Group Commanders, counsel and an action officer on Navy Staff in the Pentagon. Professor Brennan has taught at Fordham Law School eight years. He has a particular professional and personal interest in the interrelationship of individual accountability and institutional culpability.