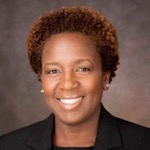 Hazel-Ann Mayers (Hazel) is an experienced General Counsel, with deep expertise in corporate governance, compliance, risk and litigation management.  Most recently, Hazel was CBS Corporation’s Executive Vice President, Chief Business Ethics and Compliance Officer, a newly created position with expanded authority and resources to create and lead corporate ethics and compliance initiatives during a period of regulatory review, heavy media scrutiny, and extensive changes in senior leadership.  She collaborated closely with the CBS Board and senior management on highly sensitive and high-impact matters involving allegations of harassment, discrimination, conflicts of interest, and fraud.  Prior to her role as Chief Business Ethics and Compliance Officer, Hazel was Executive Vice President and General Counsel at Simon and Schuster (S&S), CBS Corporation’s publishing division, where she led the Legal and Contracts teams and managed all enterprise-wide legal affairs for S&S and its global entities in the US, Canada, UK, Australia, and India.  Before that, Hazel advanced through the Viacom and CBS Corporation law departments in litigation and compliance positions reflecting increasing responsibilities.  She began her career in litigation and labor and employment associate positions at Willkie Farr & Gallagher LLP and Proskauer Rose LLP, respectively.

Hazel is admitted to legal practice in New York and Washington D.C. and before the Southern District of New York and the United States Supreme Court.

Hazel is active in a number of professional associations, including as a Fellow at the American Bar Foundation and as an Advisory Board member at the Women in Law Empowerment Forum.  She has been honored with the Corporate Counsel National Women in Law Award in the Thought Leadership category and has been profiled in The Legal 500’s “General Counsel Magazine.”  She also was included on the inaugural list of 100 prominent New York-based attorneys in “Crain’s Leading Women Lawyers in New York City.”