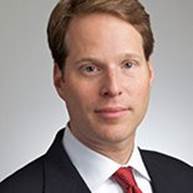 Lanier Saperstein is a Partner in Dorsey & Whitney LLP and an Arbitrator for the Shanghai International Arbitration Center. He has a broad international practice representing foreign financial institutions in litigation and regulatory matters, with particular expertise in cross-border and extraterritorial issues. He has argued before the Second Circuit and won key victories on behalf of international bank clients. Between 2009 and 2011, he won at the trial court level and on appeal representing a number of PRC banks in defending against an attempt to seize the assets of the PRC government. He was the first attorney to successfully persuade a US court to utilize the Hague Convention in requesting documents from China. Lanier Saperstein has published in the New York Law Journal, the International Financial Law Review, The Review of Securities & Commodities Regulation, the Journal of Criminal Law and Criminology, and Bankruptcy Law 360.

BA, College of William and Mary