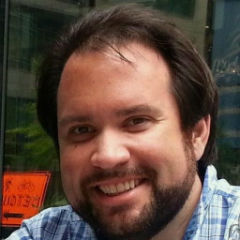 Camosy grew up in the cornfields of Wisconsin, but is grateful to be teaching in the Bronx. A theme running throughout his work is the fostering of intellectual solidarity between political and ethical approaches which find conversation difficult. A Roman Catholic anthropology which refuses to choose to between individually- and communally-construed understandings of personal dignity is particularly important in this regard.

He has put this intellectual solidarity into practice as the founding member of the organizing committee for an international conference designed to think and speak differently about abortion, the founder and co-director of the Catholic Conversation Project, an editor and contributor for catholicmoraltheology.com, and a board member of Democrats for Life.

Camosy is also on the board of the College Theology Society and the advisory board of the New Evangelical Partnership for the Common Good. He is thrilled to be a part of the international working group Contending Modernities which is spending four years exploring how Catholicism, Islam and Secular Liberalism can productively interact in the public sphere with regard to difficult ethical issues related to science and bioethics.

Camosy is an award-winning author of four books. The first book (Eerdmans), which focused on the treatment of critically ill newborns in the neonatal intensive care unit, argued that questions in bioethics must not be artificially distinguished from questions of social and distributive justice. His second book (Cambridge) engaged the first sustained and fruitful conversation between Peter Singer and Christian ethics and also considered a variety of bioethical and social issues. This third book (Franciscan) broke new ground in applying a consistent ethic of life to the moral status and treatment of non-human animals. His most recent book (Eerdmans) shows that we have new political and social moment in the United States for the best arguments about abortion replace the toxic and lazy life/choice binary of the past two generations. His next book draws several of his previous arguments together in a Consistent Ethic of Life in the Era of Pope Francis.

Among other places, his numerous academic articles have appeared in the Journal of Moral Theology, Horizons, The American Journal of Bioethics, Journal of Medicine and Philosophy, and the Journal of the Catholic Health Association. He has also published significant popular essays in places like the USA Today, Los Angeles Times, San Francisco Chronicle, Washington Post, Newark Star-Ledger, America and Commonweal.