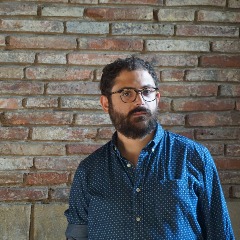 Jack Louis Pappas is a fourth year doctoral student in systematic theology with primary research interests at the intersection of fundamental theology, continental philosophy of religion, and theological metaphysics. His dissertation focuses on the theological reception of phenomenology and the philosophy of Martin Heidegger in the thought of Karl Rahner and Hans Urs von Balthasar, and the ongoing significance of this reception for the so-called “theological turn” in contemporary French phenomenology. He is also interested in psychoanalysis, critical theory, theological aesthetics, patristics and hermeneutics, as well as the ongoing influence of personalist philosophy on Eastern Orthodox and Roman Catholic theology.

Jack received his A.B. degree in philosophy from the College of the Holy Cross (2013), and subsequently received both an M.A. in philosophy (2015) and an MTS in historical theology from Boston College (2017).