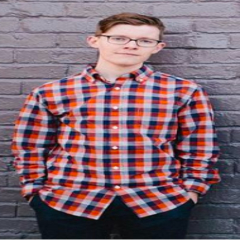 Allen Wilson is a 5th year doctoral student in Christianity in Antiquity. He is interested in 3rd–5th century Christian asceticism, Late Antique pedagogy, and Late Antique philosophies of materialism. Allen's dissertation is titled "The Blood of Christ and Christian Blood: A Model for Interpreting the Concept of Blood in Second- and Third-Century Christian Theology." Taken as a natural given by generations of scholars, there are almost no analyses of blood in Early Christian thought. Allen explores how this gap in analysis reveals a genealogy of underlying assumptions about blood as a substance of kinship later employed in medieval and modern racial logics. He asks the question: what role does early Christianity play in the dissemination of that genealogy of blood?

Allen is interested in teaching students how the concept of religion relates to history in ways that alter students’ relationships to the present. He encourages students to examine in what ways religions can be representative of social phenomena and in what ways religions exceed or resist the dominant social categories of a given historical moment. He has taught courses in Faith and Critical Reason, Early Christian Texts, and Introduction to the New Testament. He has also lectured on Syriac grammar.