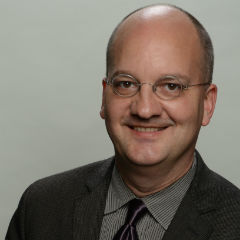 Ian spent over twenty years enjoying a successful career as an architect and architectural illustrator, after receiving a Master in Architecture and Urban Design from Columbia University, and before beginning his career as a biblical scholar. Far from becoming disenchanted with design and illustration, though, he remains captivated with art and architecture and frequently incorporates discussions of design, art, and archeology in my classroom. In the field of biblical studies, he focuses on both testaments and Second Temple literature. In his dissertation project, he draws on the characters of eunuchs in this literature: he compares the use of the eunuch as a literary character in Second Temple interpretations of Hebrew Bible texts—and other Greco-Roman literary genres—with its use in the Gospel of Matthew and other early Christian texts. He argues that such comparative work illuminates how early Christian communities used the eunuch as a trope in an effort to discern and articulate specifically Christian understandings of marital relationships and procreation. Other interests include ancient art and architecture, the role of wine and alcoholic beverages in that literature, and its connection with the field of medicine, as well as understandings of astronomy and mathematics.