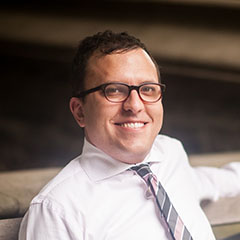 Alex is a  PhD candidate in Christianity in Antiquity. His research focuses on the dynamics of gender, violence and sexuality in early Christianity, the interaction between Christianity and empire, and the narrative formation of identity among faith communities in antiquity. Alex majored in Classical Studies at the University of Pennsylvania before obtaining a master's in Classics at the University of California Irvine. He then moved on to receive a Master of Arts in Religion at Yale Divinity School before attending Fordham. His research methods utilize close textual analysis paired with engagement of theoretical approaches such as psychoanalysis, feminist inquiry, and queer theory.