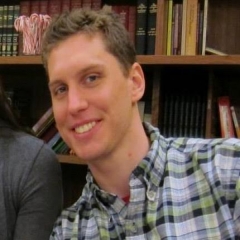 Dissertation Title: Rebellion and Reformation in Scotland: the Emergence of the Lords of the Congregation, 1542-1560.

Research Interests:
My general research interests are in the formation of national identity in early modern Britain and Ireland, especially in Scotland. I am also interested in the social history of warfare and religion during the Renaissance and Reformation. In writing my dissertation I have become more attentive to social structures and political initiatives that cross national boundaries. In the future I plan to look more closely at the role of women in networks of lordship in early modern Britain and Ireland and at the history of Scottish expatriates in France during the late Italian Wars.