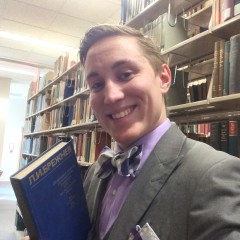 Broadly speaking, I am interested in the histories of the Tsarist and Soviet Russia. In particular, my research primarily examines the histories of forced labor, crime, and punishment as well as their intersection with society at large, science, technology, and medicine. I hope to further my research on the role of Soviet forced labor during the Second World War, as well as a secondary project on the development of forensic psychiatry and the medical incarceration of dissidents in Imperial and Soviet Russia.

Outstanding Thesis Award in the Humanities and Fine Arts, 2017