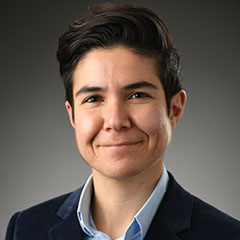 Murib’s current research project, “Brokering Identity: Exploring the Construction of LGBT Political Identity and Interests in US Politics, 1968-2001,” focuses on the politics of sexuality and gender, interest groups and social movements, and marginalized political identities in U.S. politics. In this study, Murib raises and addresses central questions to the study of politics, such as: How and to what effect do particular groups become salient and legible political identity categories? Through what processes, both inside and outside of political institutions, are agendas of interests for groups developed? And how and to what effect do agendas of certain interests come to be associated with particular groups in politics? Animating these three broad questions is concern for how it is that inequalities are produced both between and within groups, often with consequences for the most marginalized members: people of color, women, those who do not confirm to gender norms, people living in poverty, people with disabilities, and those who are undocumented.