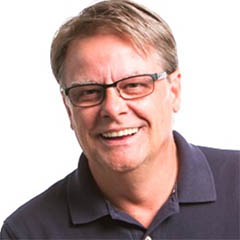 Chad McArver has designed lighting and scenery for Off-Broadway theatre in New York City and regional theatres on the East Coast. He has also designed lighting for theatre and dance at the Kennedy Center in Washington, D.C., and at the LG Arts Center in Seoul, South Korea. On Broadway, he has worked with lighting designer Howell Binkley on The Best Man, Minnelli on Minnelli, Parade, and High Society. He has also worked with scenic designer Riccardo Hernández on the Pulitzer Prize-winning play Topdog/Underdog and Elaine Stritch at Liberty, both of which were directed by George C. Wolfe.

McArver’s Off-Broadway credits include Wolfe’s production of Gypsy and the Yellow Canary at The Public Theater and Wynn Handman’s Spoke Man at The American Place Theatre.

He earned his MFA in lighting and scenic design from New York University’s Tisch School of the Arts.