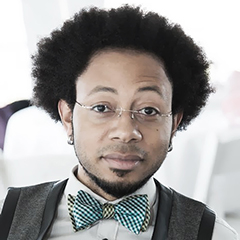 Since receiving his M.F.A. from Yale School of Drama in 2011, Alan has had great opportunities to design for a diverse selection of theater companies including The Classical Theatre of Harlem, the Oregon Shakespeare Festival, and Dallas Theatre Center, where in 2015, he designed lighting for the world premiere musical Stagger Lee, written by Will Power & Justin Ellington. The story followed five characters through the African-American experience of the 20th century. For Classical Theatre of Harlem, Alan has become a regular, designing their uptown Shakespeare in the Park (The Tempest, Macbeth and Antigone)and their world premiere Harlem-based Christmas musical The First Noel, in association with The Apollo Theatre. At the National Black Theatre, Alan has had the pleasure of designing premieres of Nikkole Salters’ Carnaval, and Chisa Hutchinson’s Dead & Breathing, as well as the world premier of Kill Move Paradise by James Ijames, where he was nominated for a Drama Desk Award. In 2018, Alan received the Lucille Lortel Award for his lighting of the world premier of Harry Clarke, written by David Cale and directed by Leigh Silverman at the Vineyard Theatre. The show, starring Bill Crudup, opened for a return limited engagement in March 2018. In dance, he has collaborated with choreographers Jessica Chen and Jeremy McQueen on numerous occasions.