Who We Are at CCEL 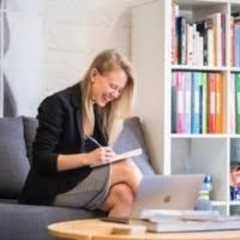 Julie Gafney holds a B.A. in English and Spanish from Tufts University, an M.A. in comparative literature from the University of Chicago, and a Ph.D. in English Literature from the CUNY Graduate Center. She comes to Fordham after spending nearly a decade teaching and working on student and faculty initiatives within the CUNY system, as well as experience working on public policy for Governor Andrew Cuomo. She also serves as an external evaluator on a number of NSF (National Science Foundation) and NIH (National Institutes of Health) grants supporting student support initiatives among underrepresented undergraduate student populations.

Surey came to Fordham University, from the NYC Mayor's Office, where she has served as Bronx Borough Director for the past two years. She has experience in outreach, community organizing, and program development. She has previously worked at The Puerto Rico House of Representatives,  The Center for Puerto Rican Studies, the Mayor's Office of Immigrant Affairs, the NYC Commission on Human Rights, and Qualitas of Life. Surey holds a BA in Social Science and Political Science from the University of Puerto Rico, and an MA in Economics from the New School for Social Research. She teaches economics courses at SUNY's Fashion Institute of Technology. She is passionate about community development, experiential learning, and advocacy and policy in the areas of equality of opportunity. She co-founded and chairs Diaspora for Puerto Rico, Inc, a New York-based organization that assisted Hurricane Maria evacuees to navigate resources and services. 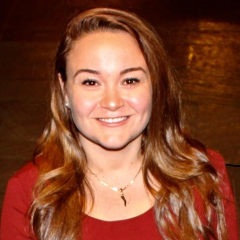 Vanessa Rotondo received her bachelor’s degree in political science from Fordham College at Rose Hill and completed a double minor in Italian and business administration, the latter at the Gabelli School of Business. As an undergraduate, she served on many student leadership councils and teams through the Office of Campus Ministry. She was the recipient of the 2017 Reverend Joseph P. Fitzpatrick student leadership award, awarded to one senior who exhibits a deep passion for and commitment to social justice and awareness within the Fordham community as well as within the greater New York community. She also worked in political consulting and campaign management as an undergraduate. After graduation, Rotondo matriculated into Fordham’s Graduate School of Education and received her master’s degree in Catholic Educational Leadership in May of 2019, during which she was inducted into Alpha Sigma Nu, the honor society of Jesuit universities, which recognizes students who excel in scholarship, loyalty, and service, and promotes Ignatian values for life. While in graduate school, she was a graduate intern to the Office of Campus Ministry, for Ignatian programming at Fordham. She began working for the Center for Community Engaged Learning as the assistant director for operations and leadership in April of 2019. In September of 2019, she began pursuing a doctorate in religious education in the Graduate School of Religion and Religious Education at Fordham, with the aspiration of becoming a triple Ram. 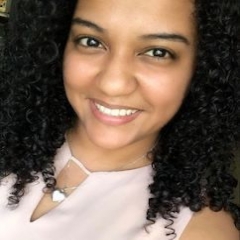 Maria received her bachelor’s degree in Public Administration from John Jay College of Criminal Justice and completed a minor in Sociology.  Maria is a Bronx native. While working toward her degree, she worked 10 years for a notable immigration firm in New York City, where she gained vast experience in customer service, but most importantly, the drive and passion to advocate for those most overlooked and marginalized.