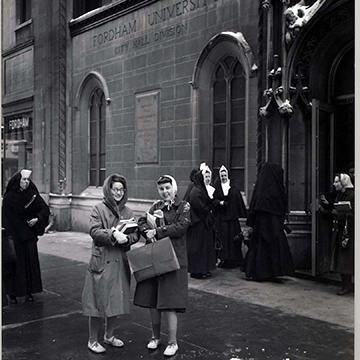 In 1916, responding to the needs of the city to train teachers versed in both academic content and teaching pedagogy, Fordham University launched an undergraduate Teachers College and a graduate Department of Education within its Graduate School. This college and department were unusual for the day as programs were designed for learning while practicing and for accessibility to students. Professional studies had strong liberal arts cores. Connections to city schools resulted in a genuine awareness of the needs of area schools. Educational experiences were molded by the Jesuit cura personalis—concern for the whole student. The faculty and student body of Fordham’s Teachers College and Department of Education were also unique. Men and women who were practicing teachers and school district administrators were appointed as adjunct faculty, division chairpersons, and assistant deans, resulting in a level of professional expertise not often found in university schools of education. Full time faculty and administrators who had national reputations were also recruited to provide anchors for rigorous academic programs and scholarly research. The students, mostly educational practitioners, attended part time. 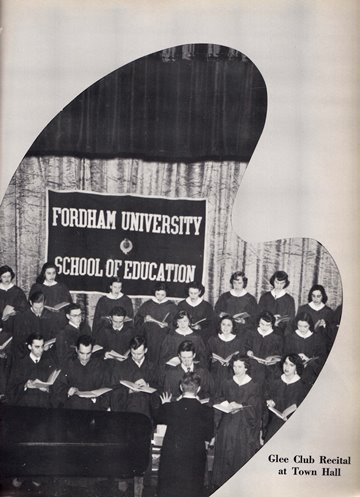 Women were provided unrestricted opportunity to pursue advanced degrees at this coeducational school. The impact on women was significant: By 1921, women received five of nine doctorates awarded by the school, and by 1926, 16 of 22 AB degrees, three of seven BS degrees and 12 BS in education degrees. Marietta Riley, AM, PhL, was both one of the first women to receive a doctoral degree from Fordham and one of the first lay faculty members at the Teachers College.

In 1938, Teachers College and the Department of Education merged and were renamed the School of Education. In 1943, the school moved from the Woolworth Building to 302 Broadway. Programs were continually developed and redesigned throughout the years, reflecting the rapidly changing needs of public and nonpublic schools. One area consciously and continually addressed was urban education—the constellation of issues facing students, teachers, administrators, and other professionals in multiracial, multilingual, multicultural, and economically diverse environments such as New York.

Beginning in the 1960s and continuing in the present, the responses to diversity have included urban-focused courses, research and field experience, partnerships with and support to local districts, specialized degree programs, and the infusion of diversity-related issues across programs and courses. It was also during this time that Fordham University became part of the renaissance of New York’s West Side by building and relocating its Manhattan campus to the Lincoln Center area of the city. Shortly thereafter, the undergraduate teaching programs were dissolved and the school changed its name again, becoming the Graduate School of Education.

The Graduate School of Education currently serves students who are engaged in preparation or professional development as teachers, administrators, psychologists, counselors, and other educators.