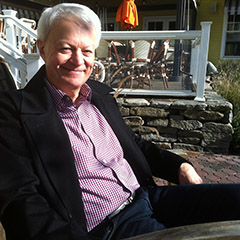 Mark Bly is the former Director of the MFA Playwriting Program at Hunter College. Bly was the Chair of the MFA Program at the Yale School of Drama from 1992-2004 and Associate Artistic Director of the Yale Rep. Over the past 35 years he has served as a Dramaturg / Associate Artistic Director at many of our leading resident theaters and on Broadway dramaturging and producing over 200 plays. Bly has dramaturged on Broadway Emily Mann’s Execution of Justice (1985), Moises Kaufman’s 33 Variations (2009) and Ibsen’s Enemy of the People (2012) with Doug Hughes. He has dramaturged the world premieres of plays by Rajiv Joseph, Suzan Lori-Parks, Tim Blake Nelson, Sarah Ruhl, and Ken Lin. Bly has written for Yale Theatre as Contributing Editor /Advisory Editor. Bly is the Editor for Theater Communications Group’s series Production Notebooks: Theatre in Process: Volumes I & II (1996, 2001). He has a new book coming out in 2017 New Dramaturgy: Strategies and Exercises for 21st Century Playwriting. He received in 2010 the LMDA G.E. Lessing Career Achievement Award. Bly is an Ambassador at Large and on the Literary Reading Committee for National New Play Network. He co-founded and has served as Director of the Kennedy Center New Play Dramaturgy Intensive for the past six years and is currently a Teaching Artist for The Acting Company of New York. 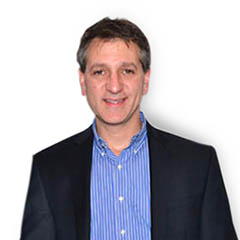 Elliot created the MFA in Playwriting program in 2011 in collaboration with Matthew Maguire and Fordham. He served as Managing Director of Primary Stages in New York City from 2004 to 2015 and is currently an Associate Consultant with the DeVos Institute of Arts Management. His work in the non-profit theater spans more than 25 years including positions in management, production, and performance. In collaboration with the Primary Stages team, he planned, produced, and developed more than fifty new plays and established the Einhorn School of Performing Arts (ESPA). As General Manager and Associate Director of Signature Theatre Company in New York for its first nine years, he established Signature’s first home on West 42nd Street and worked with Romulus Linney, Lee Blessing, Edward Albee, Horton Foote, Adrienne Kennedy, Sam Shepard, Arthur Miller, John Guare, and Maria Irene Fornes to present their seasons of plays. As General Manager of the historic Cherry Lane Theatre, he initiated its recent renovation and worked on Beckett’s Happy Days, directed by Joseph Chaiken, and Irene O’Garden’s Women On Fire starring Judith Ivey, among others. He also served as General Manager of an internet consulting firm and the Chief Operating Officer of a software development company. He is a graduate of Brandeis University and has served on the Boards of Primary Stages, Signature Theatre Company, the Foundry Theatre, and The Off Broadway League, and has served on panels for the New York State Council on the Arts, The Alliance of Resident Theatres/NY, and the Kennedy Center’s Arts In Crisis Mentor program. 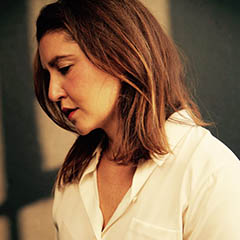 Stefanie Bubnis has proudly supported original works and performance pieces by up and coming New York City playwrights, as an actor and collaborator, for almost 20 years. She has studied at the American Conservatory Theater (San Francisco) and Studio Dante (New York City, under the direction of Michael Imperioli).

Stefanie hails from Wyomissing, Pennsylvania and is a proud alumna of Fordham University; BA: Communications, where she is a member of Fordham Club for leadership excellence. She was chosen as a Jesuit Exchange Student and attended the University of San Francisco her Junior Year; MFA: Theater & Drama from The Actors Studio Drama School at The New School. 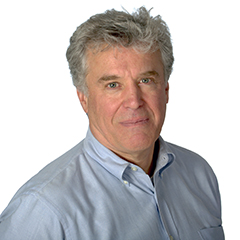 Casey Childs founded Primary Stages in 1984 and has directed many productions for the company. He served as the Artistic Program Director for the New Dramatists from 1981-1985 and was the recipient of the Carnegie Mellon Commitment to New Playwrights’ Award, as well as two Emmy Awards and many nominations for his extensive work in television. He is a past Vice President of the Directors’ Guild of America and a past trustee of The National Association of Television Arts and Sciences. Casey has a BFA in acting and an MFA in directing from Carnegie Mellon University. 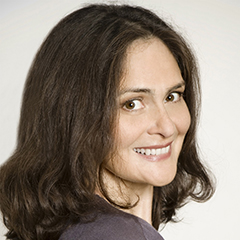 Selected productions of Cusi’s plays include: A Lifetime Burning (Primary Stages), Dusty and the Big Bad World (Denver Theater Center), Lucy and the Conquest (Williamstown Theater Festival), All the Bad Things and Radiance (LAByrinth), Fuente (Barrington Stage), The End of it All (South Coast Rep.), and Fuente Ovejuna: A Disloyal Adaptation (Lewis Center for the Arts). Her musical collaboration with Lisa Loeb, Camp Kappawanna was a New York Times Critics pick during its run a the Atlantic Theater Company.

Her theatre work has been supported with fellowships from the Ford Foundation, the Herrick Theater Foundation, The Bogliasco Foundation, The Camargo Foundation, and The Stillpoint Fund. She has been commissioned by: South Coast Repertory, The Atlantic Theater Company, The Actors Theater of Louisville, New Georges, and LAByrinth Theater. Her work has received developmental support from The Eugene O’Neill Theater Center, New Georges, The Lark, INTAR, The New Group, and The Public Theater, Space on Ryder Form, and the Fornes Institute.

She's also written many teleplays and pilots for kids and adults and worked as a writer on Showtime's The Big C, starring Laura Linney. She is a long-time writer on WGBH’s children’s program, Arthur for which she has received three Emmy nominations. Cusi recently directed her first film, Wild and Precious, through AFI's Directing Workshop for Women where it won The Adrienne Shelly and Nancy Mallone Awards and played at over twenty festivals nationwide.

Cusi is a member of LAByrinth Theater Company and sits on New Georges’ Kitchen Cabinet and on the board of The Leah Ryan Prize and the Lilly Awards Foundation, where she serves as the Director of Community Outreach.

She is a graduate of Brown University and the Lila Acheson Wallace American Playwrights Program at Juilliard.

Erin joins the illustrious team at Primary Stages after working as Company Manager at The Flea in TriBeCa, Festival Producing Fellow at Arena Stage in Washington, D.C.and Production Coordinator at La Banda Films in Los Angeles. She is a proud graduate of Skidmore College. 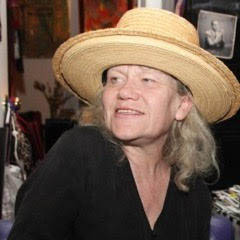 Morgan Jenness spent over a decade at the New York Shakespeare Festival/Public Theater, with both Joseph Papp and George C. Wolfe, in various capacities ranging from literary manager to Director of Play Development to Associate Producer. She was also Associate Artistic Director at the New York Theater Workshop, and an Associate Director at the Los Angeles Theater Center in charge of new projects. Jenness has worked as a dramaturg, workshop director, and/or artistic consultant at theaters and new play programs across the country, including the Young Playwrights Festival, the Mark Taper Forum, The Playwrights Center/Playlabs, The Bay Area Playwrights Festival, Double Image/New York Stage and Film, CSC, Victory Gardens, Hartford Stage, and Center Stage. She has participated as a visiting artist and adjunct in playwriting programs at the University of Iowa, Brown University, Breadloaf, Columbia and NYU and is currently on the adjunct faculty at Fordham University, Columbia and Pace University. Jenness has served on peer panels for various funding institutions, including NYSCA and the NEA, serving as a site evaluator for almost a decade. Jenness has also been on boards of TCG, LMDA, NET and the Talking Band. In 1998 Jenness joined Helen Merrill Ltd., an agency representing writers, directors, composers and designers, as Creative Director and subsequently held a position in the Literary Department at Abrams Artists Agency. She is currently launching In This Distracted Globe, a consultancy promoting the collision and collaboration of arts and activism. In 2003, Jenness was presented with an Obie Award Special Citation for Longtime Support of Playwrights. Morgan Jenness is the recipient of the prestigious Lessing Award for Dramaturgy from LMDA and a current recipient of the Duke Impact Award. 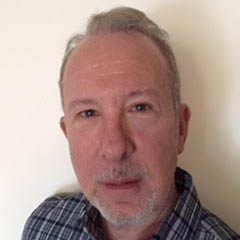 Don Laventhall began working in the film business in 1979 as a production assistant on director/producer Alan J. Pakula's film STARTING OVER. The professional relationship with Mr. Pakula (best known for the films TO KILL A MOCKINGBIRD, THE PARALLAX VIEW, KLUTE, SOPHIE'S CHOICE, ALL THE PRESIDENT'S MEN and PRESUMED INNOCENT) became one that continued for many years. Don ran the Warner Brother's based Pakula Productions as Executive Vice President in charge of development and production. In this capacity he developed dozens of screenplays including THE SECRET HISTORY, based on the novel by Donna Tartt, Buzz Bissinger's FRIDAY NIGHT LIGHTS, and John Grisham's THE PELICAN BRIEF. Don was a producer on the last two films directed by Alan Pakula -- THE PELICAN BRIEF with Julia Roberts and Denzel Washington, and THE DEVIL'S OWN with Brad Pitt and Harrison Ford. After Alan Pakula's death, Don relocated to Los Angeles where he was the Senior VP at Sony based Red Wagon Entertainment, overseeing the development and/or production of dozens of screenplays including STUART LITTLE, GIRL INTERRUPTED, THE HOLLOW MAN, and the Academy Award winning GLADIATOR. After several years in Hollywood Don returned to New York as a screenwriter and adapted Doris Kearns Goodwins' Pulitzer Prize winning book NO ORDINARY TIME. While he continues to work as a screenwriter and producer, Don heads up the film rights department at Harold Ober Associates representing a long list of authors and estates including F. Scott Fitzgerald, Nathanael West, Langston Hughes, Ira Levin, James M. Cain, and Lois Lowry. Recent productions based on book to film deals include Sara Gruen’s WATER FOR ELEPHANTS, Langston Hughes' BLACK NATIVITY, an NBC mini series based on Ira Levin's ROSEMARY'S BABY, Lois Lowry's THE GIVER, and a TV series based on F. Scott Fitzgerald’s THE LAST TYCOON on Amazon. Don has taught screenwriting at New Dramatists, Fordham University's MFA program, and The Einhorn School of Performing Arts. 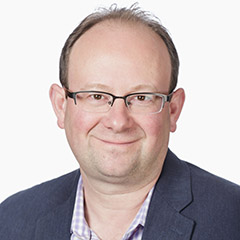 Andrew is currently in his 14th season as Artistic Director of Primary Stages. Andrew is a director and founding member of the Dorthy Strelsin New American Writers group now in its 21styear and teaches for Primary Stages’ ESPA and The Tepper Semester Syracuse University; and is the Artistic Director of Perry-Mansfield’s New Works Festival in Steamboat Springs, Colorado. Andrew is a proud Board Member of A.R.T./New York and is a graduate of Carnegie Mellon’s Directing Program. 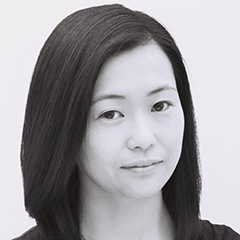 She was born in Kobe, Japan, and traveled to United States to learn set design over 20 years ago. Based in New York City, she has worked in both the USA and Japan as a freelance set designer.

She received her MFA from Yale School of Drama and BFA from Cornish College of the Arts. 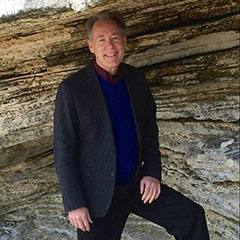 Matthew Maguire is the Director of Fordham University’s Theatre Program, and the co-founder of the Fordham/Primary Stages MFA in Playwriting. He was a co-artistic director of Creation Production Company, which produced over fifty new works.

His plays include Instinct, which premiered Off-Broadway at Theatre Row. New York Times critic Andy Webster wrote about its initial version, Wax Wings, “Ambitious! Laudable! Wax Wings addresses conflicts between faith and rationality; the drive to reproduce and the impulse to resist it; and the relative merits of expediency and caution in a crisis. It illuminates the values and vernacular of biological warriors.”

He is the author of Wild Man, which played in New York and Los Angeles, The Tower, Phaedra, Abandon (Obie Award), Skin (with architects Diller & Scofidio at the Palais des Beaux Arts in Brussels), among many others. He created A Descent Into the Maelström with Philip Glass and Molissa Fenley for Australia's Adelaide Festival.

A proud alumnus of New Dramatists, he has received fellowships from the National Endowment for the Arts, the McKnight and Hammerstein Foundations, New York Foundation for the Arts, and commissions from the NEA, NYSCA, and Meet the Composer.

His most recent book is Matthew Maguire: Three Plays (NoPassport Press), which includes The Tower, Luscious Music, and The Desert. He is currently working on a commission from Mabou Mines to write an adaptation of Goethe’s Faust Part II, which will premiere in spring 2018.