Additionally, the Center invites applications for a new Research Fellowship in Coptic Orthodox Studies open to current faculty, independent scholars, and advanced PhD canditates completing their dissertations. The Center welcomes applications from all humanities and social sciences disciplines whose projects focus on some aspect of the history, thought, or culture of Coptic Orthodox Christianity, whether in Egypt or abroad.

Applications for the 2020-2021 academic year are now open 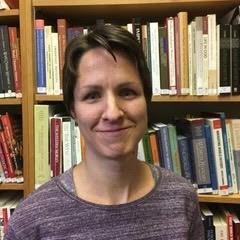 Joy Demoskoff is an Assistant Professor of History at Briercrest College and Seminary in Saskatchewan, Canada. She graduated with an honours B.A. in history from Crandall University, a M.A. from Queen’s University, and a Ph.D. from the University of Alberta. Her research interests include the history of modern Russia, historical approaches to the study of religion, and the history of Christianity. She contributed to the volume Orthodox Christianity in Imperial Russia, edited by Heather Coleman (Indiana University Press, 2014).

Joy is working on a book titled Sin and Crime in Imperial Russia: Healing Souls and Punishing Offence through Monastic Incarceration. It investigates the use of public penance as a disciplinary mechanism by both the Russian Orthodox Church and the Russian state authorities between 1721 and 1917. By examining the practices involved in caring for prisoners and in disciplining their behavior as found in the archival record, while also attending to the rhetoric of penance in the teachings of the church and in the imperial law codes, this book explores the relationship between the theology and the material history of public penance in the Russian empire. Drawing on the traditional Orthodox understanding of sin as disease and penance as medicine, it considers the degree to which healing and reconciliation through penance were possible in the imperial Russian context 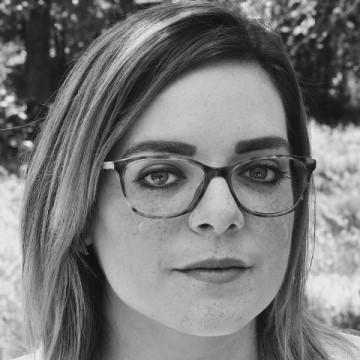 Sarah Riccardi-Swartz is a Ph.D. candidate in Sociocultural Anthropology at New York University. After completing an honors B.A. and M.A. in Religious Studies (American religions) at Missouri State University, she came to NYU to study and research religion and politics in the United States from an anthropological perspective. Along the way, she obtained a graduate certificate in Culture and Media (ethnographic filmmaking) and an M.Phil in anthropology from NYU. Her research interests primarily focus on new forms of conservatism, far-right religious communities, fundamentalism and traditionalism, and the ever-expanding political tensions between Russia and the United States.

Based on twelve months of fieldwork in the Appalachian Mountains with a community of Russian Orthodox Christians, Sarah’s dissertation examines the transnational, political implications of conversion alongside the social imaginaries of practitioners, paying close attention new far-right, religio-political formations in rural economies. Russian Orthodoxy is often seen as a highly ideological, insular, and ethnically fragmented form of Christianity that rejects many of the socio-political values associated with the United States. Yet, it is attracting American-born, non-Russian converts at a steadily increasing rate, particularly in rural areas of the American South, Appalachia, and the Ozarks. Orthodoxy, often marginalized as a “Christianity of alterity,” is now being taken up by people from regions and communities that are themselves subjected to stereotypes of closure in the American imagination, thereby rendering these places and spaces as sites of global religio-political encounter. Sarah’s research complicates what it means to be a rural Christian, highlighting how long-standing political tensions between the United States and Russia are dramatized in the turn to an eastern faith.

Sarah’s dissertation research has been supported by New York University and the Jordan Center for the Advanced Study of Russia. In 2018-2019 she was a Louisville dissertation fellow for the study of American Christianity. In 2019-2020, alongside the NEH dissertation fellowship from the Orthodox Christian Studies Center, she will also be a Charlotte W. Newcombe Dissertation Fellow through the Woodrow Wilson National Fellowship Foundation. 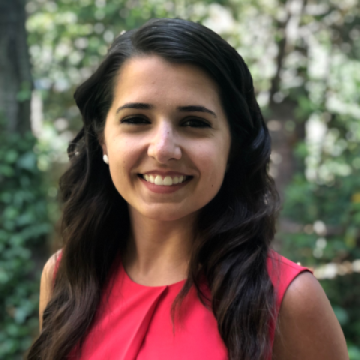 Candace Lukasik is a PhD Candidate in Anthropology at UC Berkeley. Her research sits at the intersection of migration, religion, and politics with a focus on American geopolitical interest in Middle Eastern Christians. She has ongoing interests in secularism and secularity, the transnational politics of Muslim-Christian relations, and global Christianity.

Her dissertation project explores the transnational circulation of political subjectivities and religious practices through the lens of Coptic Orthodox Christian emigration from Egypt to the United States. For this work, she has received fellowships from the Social Science Research Council, the Louisville Institute for the Study of American Religion, the Institute of International Studies (UC Berkeley), and The Center for Middle Eastern Studies (UC Berkeley).

She has written opinion editorials and short-form essays for Public Orthodoxy, The Tahrir Institute for Middle East Policy, and The Coptic Canadian History Project (CCHP), and has published in The Alexandria School Journal and Middle East Critique. Since 2018, she has also been a co-curator for the Anthropology of Christianity Bibliography Blog (AnthroCyBib). The Orthodox Christian Studies Center has also included her as a participant in their project on Orthodox Christianity and Human Rights, funded by the Henry R. Luce Initiative on Religion and International Affairs and Leadership 100, between 2019-2022. 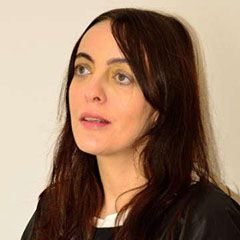 Maria-Alina Asavei is Lecturer at the Institute of International Studies, Charles University in Prague and Senior Researcher within Primus research project titled “Beyond Hegemonic Narratives and Myths.” She is also independent curator of contemporary art. Some of her most recent publications include: "Art and Religious Revitalization Movements in Post-Communist Romania: the Zidarus’ Case," Politics, Religion & Ideology (2017); "Call the Witness: Romani Holocaust Related Art in Austria and Marika Schmiedt’s Will to Memory", Memory Studies (2017), and “Nicolae Ceausescu: between Vernacular Memory and Nostalgia,” Twentieth Century Communism (2017).

As part of her NEH research fellowship she will focus on Political Resistance through Religious Neo-Orthodox Art in (Post) Communist Romania. The aim is to demonstrate that in the Romanian (post)-communist social and political context, some religious/spiritual art productions reassessed and revisited traditional Orthodox religious discourses and narratives with the aim of mutually developing new identities from the bottom up. At the same time, these artistic productions re-enacted older religious narratives (both Christian-Orthodox allegories and elements from other world religions) as a tactic to circumvent the official understanding of the “religious” through artistic activism and grassroots mobilization. 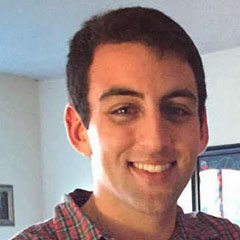 John Zaleski is a Ph.D. candidate in the Committee on the Study of Religion at Harvard University. After completing his A.B. in Religion and Classics at Dartmouth College, John came to Harvard to study medieval Christian and Islamic history. His research has concentrated on the eastern Mediterranean and the Middle East during the seventh through ninth centuries, a period of extensive exchange both among eastern Christian communities and between Christians and Muslims.

In his dissertation, John examines the exchange and the transformation of Late Antique ascetic traditions, through the lens of East Syrian Christian and early Muslim writing on the central ascetic disciplines of fasting and celibacy. Although East Syrian monks were politically and confessionally separated from the Orthodox churches of Byzantium, they nevertheless created a vigorous commentary tradition in which they studied and debated about Greek monastic texts, and in so doing, significantly developed early Orthodox traditions of ascetic practice. At the same time, Muslim authors in the eighth and ninth centuries adapted, rejected, or transformed these broader Orthodox ascetic ideals, in order to create self-consciously Islamic traditions of ascetic practice. The dissertation thus expands our understanding of the development of a diverse and cross-confessional Orthodox Christian ascetic tradition and reveals the multifaceted engagement of Muslim authors with this tradition.

John has undertaken research for his dissertation at Harvard University and, from September 2016 to May 2018, as a William R. Tyler fellow at Dumbarton Oaks Research Library and Collection. In addition, his research has taken him to examine Syriac and Arabic manuscripts in Birmingham, Fes, Istanbul, London, and Paris. He looks forward with great pleasure to joining the rich intellectual community of the Orthodox Christian Studies Center as he completes his dissertation. 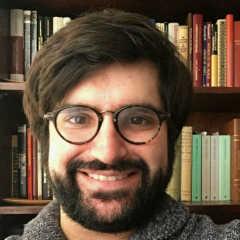 Aram G. Sarkisian is a doctoral candidate in the Department of History at Northwestern University studying the late nineteenth and early twentieth century United States, with a particular focus on American religious history. A native of the Detroit area, Aram holds a BA in Russian and East European Studies from the University of Michigan and an AM in Social Sciences from the University of Chicago.

Aram is currently a T.H. Breen Fellow at the the Chabraja Center for Historical Studies, Northwestern University, where he is organizing the conference: "Walls and Bridges: Migration and its Histories."

Aram's dissertation, titled "The Cross Between Hammer and Sickle: Russian Orthodox Christians in Red Scare America, 1908-1924," is a study of the Russian Orthodox Church's North American Archdiocese in the crucible of immigration, war, American nativism, and transnational crises wrought by the rise of Bolshevism. His project draws on a wide variety of English- and Russian-language sources, from church newspapers and administrative documents to reports and records produced by various United States government agencies, to tell a unique story about the interplay between members of a beleaguered immigrant church and an emboldened and wide-reaching federal state. Aram's dissertation argues that the mechanisms used by the federal government to out "radicals" thought to be fomenting a Bolshevik revolution on American soil, as well as national rhetoric encouraging the coercive "Americanization" of immigrants, were primary tools clergy and laity alike utilized to reinvent what it meant to be a Russian Orthodox Christian in a post-revolutionary world.