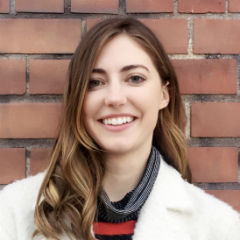 Dissertation Description
Her dissertation traces a cultural history of post-Cold War American militarism, specifically post-conscription professionalization and the rise of occupation-style warfare.  Examining war literature and films alongside government documents, military records, and news media,  She argues that the practices, logics, and aesthetics of contemporary militarism have made it increasingly difficult for American civilians to apprehend war and those who fight.