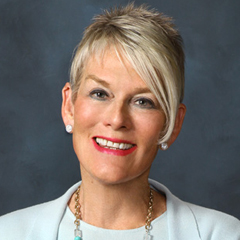 Alice Lehman Murphy is the retired managing director and executive vice president of Wachovia Corporation/First Union Corporation, where she was in charge of investor relations and corporate communications and was the first female member of the bank’s operating committee. As head of investor relations at the fourth-largest bank in the United States, she was twice voted as the “Top IR Officer” of a mega-cap company by IR Magazine. Additionally, she was the first female senior credit officer at her institution and the first woman to start up and grow the loan syndications business in the Capital Markets Group.

A native Californian, Murphy earned an M.B.A. from the University of California, Berkeley, in 1978. She learned to love and appreciate what Fordham Law School had meant to her husband, Frank J. Murphy Jr. (a 1975 Fordham Law graduate), over the course of their 36 years together. In honor of his memory, and to fulfill his dying request, Murphy established the Francis J. Murphy Jr. Scholarship, which awards a full scholarship to Fordham Law School applicants who model his qualities of leadership, scholarship, and service to others. In 2018, the first Murphy Scholar graduated and joined Hunton Andrews Kurth as an associate in capital finance and real estate in New York City. Thus far, four Murphy Scholars have been selected, and Murphy has had the opportunity to get to know them and counsel them as they choose career paths, an experience she likens to gaining a new instant family that will continue to grow over the years to come.